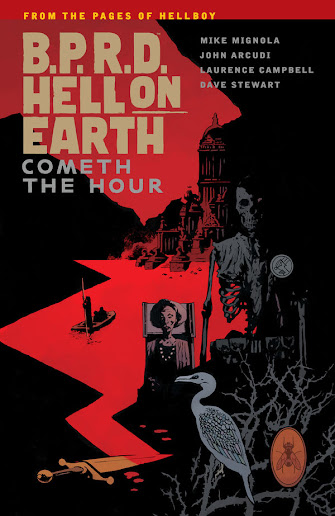 The end of the Hell on Earth saga, where the Ogdru Jahad, the ancients dragons of evil, come finally come back to Earth to remake the world in their own image. Since they’ve come, we’ve seen civilization fall apart, heroes and villains die in fantastic manners, and Hell itself overrun and destroyed with Satan’s throat slit by Hellboy himself. It’s the absolute Cthulhu event we’ve always wanted to see, but have never been treated to before. This volume wraps everything up by collecting issues 143-147.

It’s difficult to describe the action without spoilers, so SPOLIERS, the final remnants of the players come together to place doomsday apparatus in place - the last contingence operation in hopes of stopping the Ogdru Jahad, one of whom has now fully manifested on Earth and is busy transforming humanity into frog creatures and hatching thousands of monsters by the hour. After launching the remaining nuclear stockpile at the Dragon, the Russians let loose the Watchers, the first angels, thrown down for mating with human women and birthing the Ogdru Jahad. While Elizabeth Sherman and Johann, blow the monsters apart one by one, until the ultimate revelation falls upon Johan who has his mind transferred into the WWII Sledgehammer suit, causing him to act. 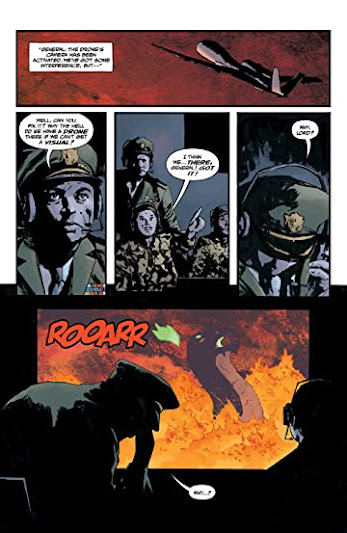 Some people have complained about the ending of the cycle, saying it’s almost a deus ex machina, but I must say that the hints about how the Dragon would be stopped was foreshadowed here and there, it isn’t the greatest AH-HA ending you might want. However the death toll in these issues, and adding up all the others in this series, is correspondingly high for an apocalyptic event. I was satisfied.  But I have to say that only one of the Dragons has been destroyed, and much of their offspring are still about. So the show’s not over. 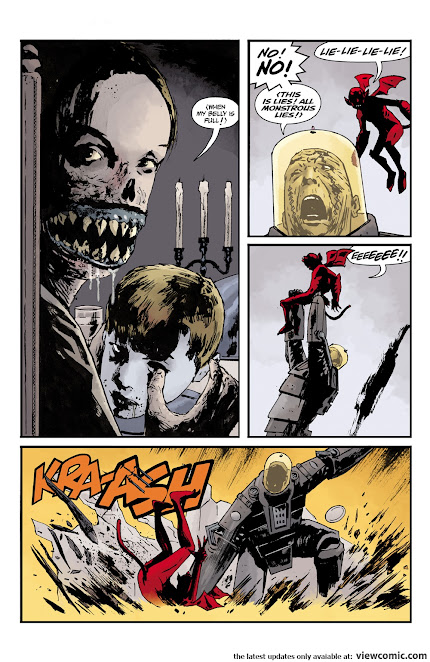