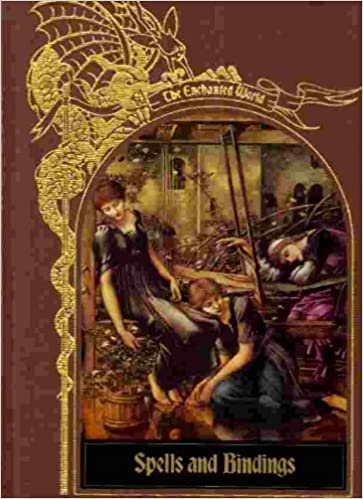 by Tristram Potter Coffin & the Editors of Time-Life Books

“In her curious statement lay an explanation that was difficult for mortals to comprehend. The scraps and shreds of magic that lingered on into an age of Arthur and beyond were relics of the dawn of time, when the riot of creation had not settled into the stable patterns that humans depended upon. The forces of enchantment were paradoxical to human minds. In themselves neither good nor evil, they had the potential for both good or evil, like the Irish Queen’s love-engendering wine.”

I must give a hearty congratulations to the author(s) for managing to string together a disparate collection of tales from all across the map and up and down history, while placing them securely under the banner of this title. While the title may have been strung together by leftover stories, not fitting into the other titles in the series, or being cut from them for space reasons, they all snugly fit together under the idea of Spells and Binding. 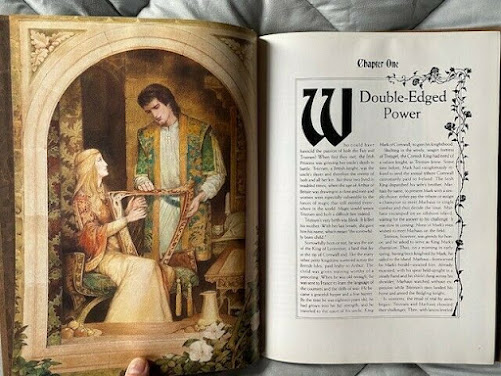 While the three chapters  - “Double Edged Power:; “Webs of Enchantment”; “Deliverance from Magic’s Coils” - attempt to split the stories into some alternate type of theme, the basic logic behind the ideas of magical spells and so forth is that they derive from the old powers, chaos, which ruled and shaped before the coming of the Christian religion and its principles of order, reason, and education. Nearly all the stories revolve around a spell being cast through malice, or broken by ignorance to the detriment of all involved.

Nearly all of the tales, you most likely have read before: Bluebeard, Psyche and Eros, Sleeping Beauty, The Princess and the Frog, the Pied Piper of Hamlin, Pandora’s Box, various tales of Morgan Le Fey, and so on, and so on. Again, it’s mostly elementary school stories, with a few extra old Irish tales tossed in, but the art excels itself. I think the art for this book is some of the best (if not the best in the series). That’s what sets this volume apart.

The Enchanted World Time-Life Books 1987 TV commercial
Posted by RexHurst at 7:25 AM