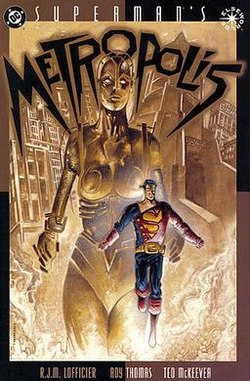 This was back when comics could afford to take weird risks, and thus was born DC’s Elseworlds. This imprint’s comics were alternate realities which deviated from the established continuity of DC's regular comics. This had been done before with DC “imaginary stories” in some of the 1950s and 60s and the Marvel title What If - BTW why haven’t they collected any of the second volume of What If which came out in the late 80s? All mine where destroyed by a flood, I remember them being pretty good. Elseworlds however went above and beyond, putting the characters into radically different scenarios and settings. The most classic being probably Red Son where Superman lands in Russia instead of Kansas, The Doom Which came to Gotham, Mike Mignola’s Lovecraftian Batman take, and of course Kingdom Come. 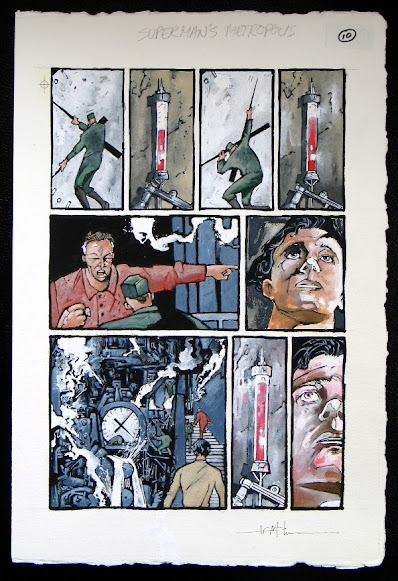 This book combines the origin of Superman with the legendary silent film sci-fi masterpiece Metropolis. It’s incredible how well these two stories connect. This story essentially retells Metropolis’ plot with the cast of Superman in its place. They’re all there - Clark Kent, his father and mother, Jimmy Olsen, Perry White, Lex Luthor,  Lana Lang, and Lois Lane. Interestingly, the metaphor of the original is underlined by the use of Superman, since the film hyper-textualizes various aspects of Neitzian philosophy, ie. the rise of the Superman to dominate society. This is reflected in a literal way with Superman having been “technologically hypnotized” by Luthor to forget his alien past and his superpowers. Thus when the moment comes for the Superman to arise, he literally finds his power and destroys the oppressor.

The only snag I would say is that if you haven’t seen the film Metropolis then you are missing out on the nuisances of this work and McKeever’s artistic style which blends itself perfectly to the German Expressionism of the 1920s. Without the context, it’s just a weird Superman story in an old fashioned sci-fi setting. 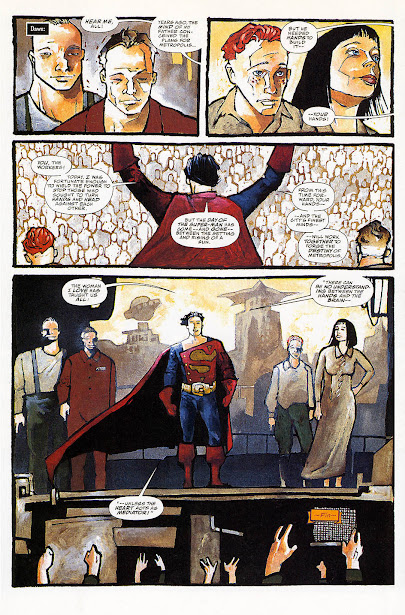