The Seventh: A Parker Novel (Crime) 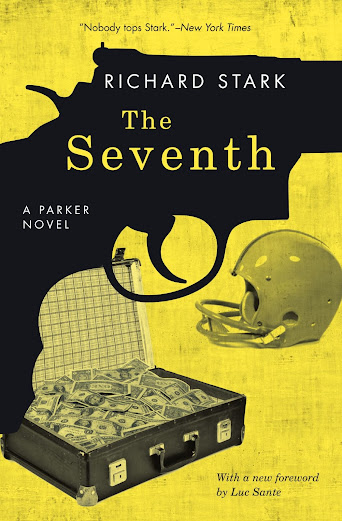 I came to the Parker series late, never even having heard of the series until the Darwin Cooke (RIP) graphic novel adaptations started to come out. After devouring those in a gulp, I was curious about more of them. Now that the good Mr. Cooke has passed beyond, I decided to read the actual source itself - GASP!, I know- the unthinkable. Luckily, the University of Chicago Press has recently - more or less - republished all twenty four volumes of this series.

The Seventh, also the seventh novel of a series, follows the aftermath of a perfect score, where Parker and six others rob the proceeds from a college football game. Only afterwards is Parker robbed and the woman he was shacked up with is killed. This begins Parker’s savage hunt to regain his seventh of the split and find out who was behind it all. One of his own crew? Or a random stranger.

This is a pretty straightforward slam-bang novel. The plot is the center of the story, and the idea of character development is laughable - except in the sense when they go from alive to dead. You do get a sense of each member of the crew, but very briefly. Parker is still the same stone-wall brutal killer as in all the other novels. There are no real twists or turns, the plot has revelations, but not gimmicky ones.  If you’re looking for a quick crime novel, then take a gander at the Seventh.