Giants and Ogres (The Enchanted World) 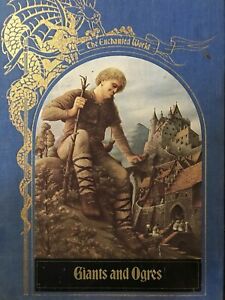 by Tristram Potter Coffin & the Editors of Time-Life Book

"The Earth's Memory: Long after the last giants vanished from the earth, their imprints lingered on the landscape, souvenirs of an age of wonders. The trails where generations of giants trod were marked by mountain clefts and winding valleys. The footprints of giants formed lake beds, and massive boulders lay where giants had hurled them in sport or in anger. No doubt some of nature's own handiwork was mistakenly ascribed to giants, but many features of the planet seemed to lend themselves to no other explanation."

The 11th volume of The Enchanted World series should have been called Giants, Ogres, and Trolls as quite a lot of the stories near the end revolve around trolls. The book opens by stating that at the dawn of time, the giants were the mightiest of beings, creatures whom even the gods dreaded. It was from the giants that the Greek and Norse gods had to seize their power. Even after, as was seen in the Northlands where the giants held to their power the longest, the gods looked to the giants as equals, beings to whom they would turn in search of wisdom. Which is the stated theme of the entire volume. Essentially, each story consists of man tricking and destroying the elder race. 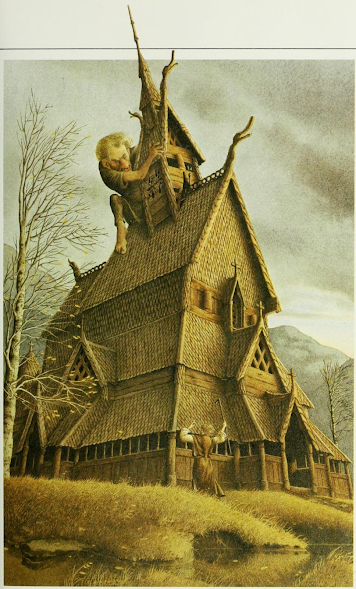 Giants eventually adapted into mortal society. Some, such as Bran the Blessed, went on to become kings and heroes. Others befriended and watched over the peasantry. As the giants' waning speeded up, they grew increasingly hostile to humans. They became enemies of humanity, attacking whenever they could. Their cousins, the trolls and the ogres, became total marauders, raping human women and eating human babies.

So far this volume has the only example in the series of The Enchanted World repeating a story. Here they repeat the tale – the original pre-Arthurian version – of Sir Gawain and the Green Knight. This story had already been told in the Legends of Valor volume, albeit with a different protagonist, that of the Irish hero Cuchulain. Even if you want to argue that they are two different stories because of the different main characters, even a cursory glance through them will reveal that the plot is exactly the same. Making up for this is the stellar art which is amazing and varied. 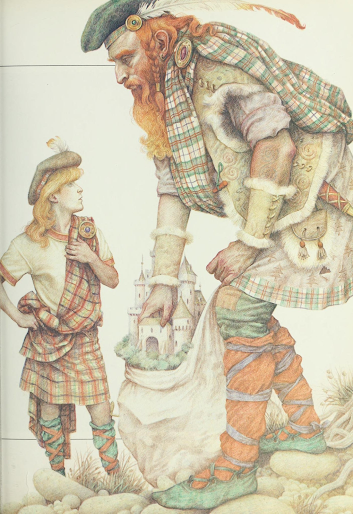