Seekers and Saviors (The Enchanted World) 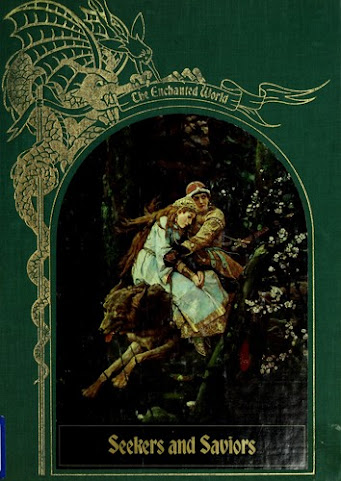 by Tristram Potter Coffin & the Editors of Time-Life Books

“These rough magics manifested themselves in a bewildering variety of ways - in such intelligent animals as the miller’s cat, in beings who had human form but were not human, in unseen powers that could change the shapes of things or even open the door between death and life. Their nature was unknown: The life of the elder world followed no rules that men and women could understand. Sometimes these powers were inimical to mortals, because humankind had intruded on the earth that was once theirs. When that happened, people had to defend one another courageously stand alone, using the human virtues of loyalty and love as defenses against inhuman enemies. But when, by some unfathomable caprice, the beings and powers of the elder age of the world inclined favorably towards humanity, then men and women could control them, and use them in weapons in mortal affairs.”

Volume 12 in the Enchanted World series from Time-Life Books. This appears to be one of their catch-all books made up from leftover stories which didn’t fit under the other titles or was cut from said titles due to space constraint. Even the title Seekers and Saviors is a bit nebulous. With previous volumes such as Fairies and Elves or Giants and Ogres you knew what kinds of stories to expect. This title paints with a pretty broad brush. 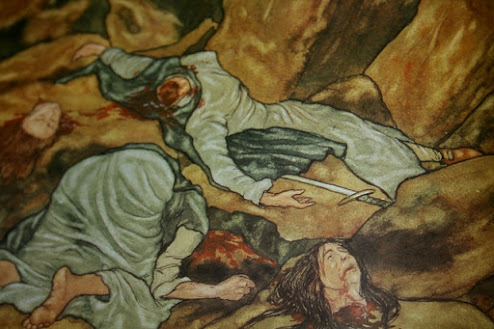 That’s not to say these are bad stories, but they are motley mix. The first chapter, “Under the Wing of Magic”, deals with stories were innocents - or idiots- are protected from harm and driven towards fortune by unstated forces from beyond. The weird tale of Puss in Boots is relayed here, along with a Scottish Cinderella variation called Rashin Coatie -or “coat of rushes” - and a host of others. Those of pure hearts, taken advantage of by evil, then helped by benevolent forces from beyond.

Chapter Two - “Tests of Loyalty and Love” - deals with people overcoming a magical curse or creature for the benefits of others. In this part we see the tale of Ali Baba, Castor and Pollux, along with the strange Swedish tale of the Swan Brothers and their devoted sister, Sigurny. While Chapter 3 - “Strong Arms, Sturdy Hearts” -  deals with heroes, mostly knights from King Arthur’s court, Sir Gwain and Bel Inconnu, who use loyalty, bravery, and force of arms to destroy magic spawned evil every time. These stories are all exemplified by amazing artwork. 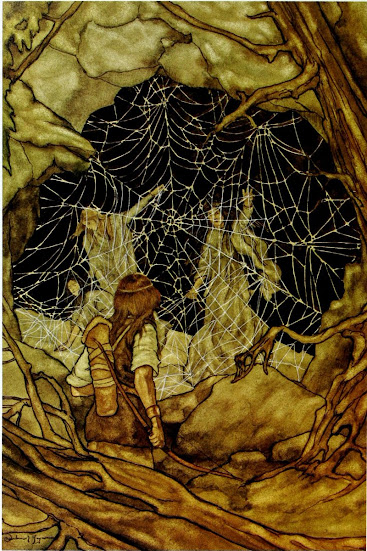