Batman: The Order of the Beasts (Superhero) 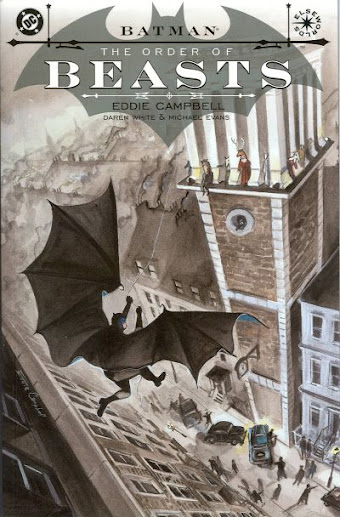 This book was printed under DCs Elseworlds imprint, which were alternate realities which deviated from the established continuity of DC's regular comics. This had been done before with DC “imaginary stories” in some of the 1950s and 60s and the Marvel title What If - BTW why haven’t they collected any of the second volume of What If which came out in the late 80s? All mine where destroyed by a flood, I remember them being pretty good. Elseworlds however went above and beyond, putting the characters into radically different scenarios and settings. 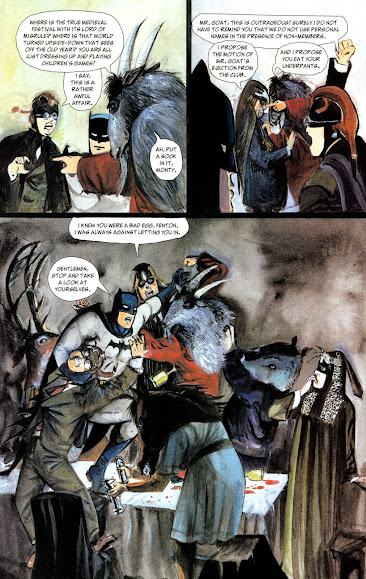 This could almost count as a regular Batman story, except that it takes place in 1939. Which actually is within the timeline of all Batman stories, but as we know the characters origin has to be retconned every few decades, so this is beyond the current Batman’s timeline. The scene takes place in pre-WWII London, about a year into when Batman first begins his vigilante career. It’s nice to see Eddie Campbell’s art put to color for once, which is far beyond the norm.

The plot itself is actually a little silly, while in London, Batman stumbles across a secret society called The Order of the Beasts - a member of which is apparently Winston Churchill - who dress up like animals, just like Batman. Their mission is apparently to try and influence England back to a similar time, but it’s mostly spent in hedonistic pleasure. One by one the members are murdered and their bodies displayed according to an old nursery rhyme. Naturally, Batman has to save the day and does so with gusto. 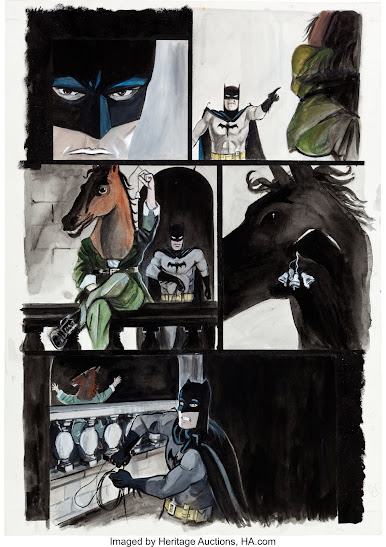