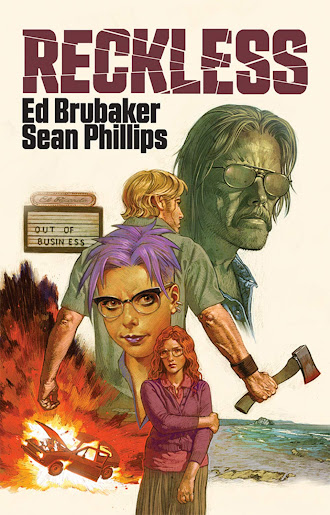 Nowadays about the only thing I anticipate in comics is when Ed Brubaker and Sean Phillips come up with another story, or continue and old story. Granted I’m aware it’s usually a man-against-the-world story, where a protagonists with a harsh internal struggle to resolves is manipulated by forces just outside his vision to complete a violent task, often leaving said protagonist was it all worth it? Still the pair does these stories so well. I am thoroughly entertained every time. And Reckless was no exception. 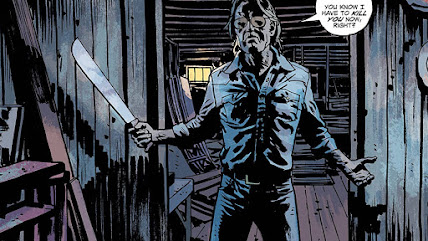 Ethan Reckless is a hero-for-hire type. You call his unlisted phone number at an abandoned movie palace and leave a message describing the problem plaguing your life. If he’s interested he’ll call you back and solve your problem. Set in the early 1980s, it’s reminiscent of a lot of TV shows at the time. Men who would travel from town to town putting rights to things, each with their own gimmick. BJ and the Bear, Knight Rider, The A-Team all worked along similar lines. This story of the violent hippie underground terrorist movements after the 1960s turning the foundation of drug smuggling rings is a little more violent than a typical episode of BJ and the Bear, but that doesn’t make it less enjoyable.

The man character is an ex-FBI agent who was caught up in an explosion lit by the domestic leftist terrorist group he was investigating. The person who emerged from the wreckage was someone else entirely. A person who had the same name and memories, but had no emotional attachment to the past. Already a sequel is coming out in a couple of months. Unlike their previous works, it seems as if this will be an episodic series with a new case opening and closing in each volume. 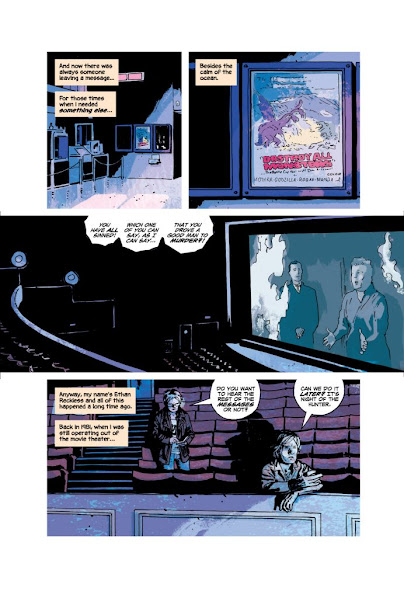