The Fall of Camelot (The Enchanted World) 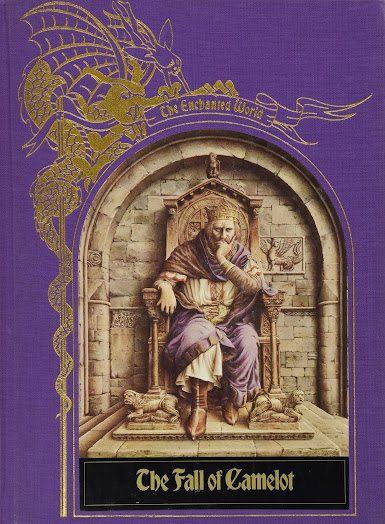 “The prisoners of Annwfyn had reigned in an ear when humankind seemed more vulnerable and the princes of Fairie wandered freely on the earth. Arthur was the lord of a new age. The star of human power, he gathered the realms of Britain into his hands. Even Arthur, however, could not safely insult the hidden elder world that was not human. The Prince of Annwfn took vengeance for the loss of their treasure. Their eyes were keen, their reach long, their weapons many, their patience infinite. They sent their servants among the conquering mortals, servants who worked in secret ways, who formed with threads of shadow the cracks that caused the British King’s bright honor to crumble into dust and ruin to settle on his dominion.”

Volume 15 of The Enchanted World series, The Fall of Camelot, is a departure for the series. Previously, each book had a specific theme and all the stories revolved around it, but they could come from any time and any region in the world. This however is very specific in date and place. The Fall of Camelot is a retelling of the Matter of Britain - that the lord of King Arthur from beginning to end, containing all the old characters you know. And while many of the previous volumes have stories from Arthurian Legend, but I am happy to say that none are repeated in this book. 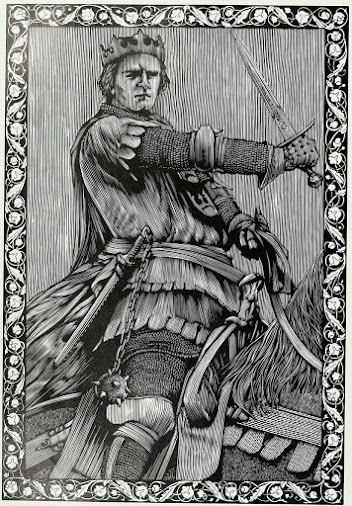 This book is a valid interpretation of the legends of King Arthur. It keeps to the original themes of the Enchanted World Series with the old ways, and the time of Fairie, losing power before the God of Reason while still affecting the real world. In a way, King Arthur is the quintessential pivoting on this axis. For we begin with much sorcery, and fairies, ogres, giants, raids into the otherworld, but by the end its men fighting against men, with a son and father killing each other. The return of Excalibur (or Caliburn as it’s called in this tome) of the Lady of the Lake represents the end of the era of magic and fairies. Men are now on their own, for good or ill.

The book keeps a solid pace, essentially telling one tale, instead of a collection of stories, about the rise and fall of King Arthur and Camelot. Granted, the author picks and chooses those tales and parts which fits his interpretation, from a much larger boy of work, but it is almost impossible to include all of the stories, as many are contradictory, and be able to maintain a stable narrative. The art, as always, is extraordinary. 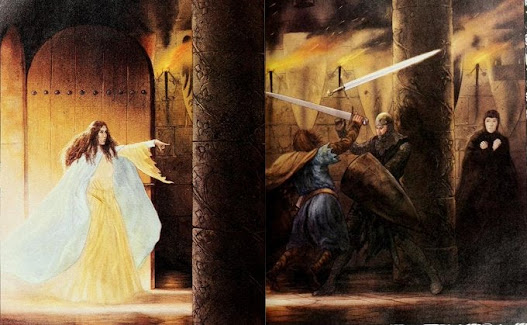