The Book of Christmas (The Enchanted World) 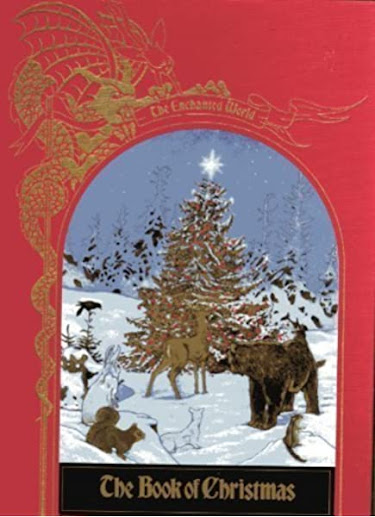 “Fire was the center of all the winter festivals. It was the brother to the sun, calling out to the heavens. Great bonfires blazed on the hills of Ireland and Scotland, on the mountains of France and Germany and in the halls of the Norse kings. Throughout the countries lapped by the Mediterranean and ruled by Rome, fire burned in the form of candles as the Romans held their winter feast. Originally this feast was called Brumilia, later it became known as Saturnalia. The festivities were dedicated to the Titan Saturn, lord of the harvest, long trapped by his son Jupiter beneath the earth, perhaps because the imprisoned Titans were deemed to view the world upside down, the Saturnalia was a feast of reversals. Masters served slaves and slaves commanded masters. This was a time of banqueting, of carrying green boughs that signified the strength of life, of bestowing presents. Men and women faced the darkness with a kind of madcap glee, fending it off with their high spirits”

The Book of Christmas, volume 14 of The Enchanted World series, opens with a reconstruction of the Nativity story, the annunciation and birth of Jesus, compiled from the Gospels of Luke and Mark. Which I felt was rather brave as this book, and this series, is filled with folklore. Let’s not forget that this volume was put out during the height of the Satanic Panic, so any suggestion that any part of the story of Jesus was based on folklore sent hysterical screams across the airwaves. I can only assume that this slipped through the cracks because no one bothered to read it. 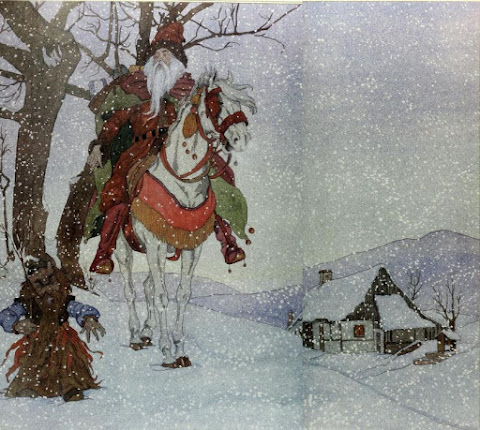 Coupling with the story of Jesus, we are shown many other nature rituals celebrated in Western cultures of December 25th.  These came from the most primitive of times when people worshipped the sun as a god. When winter came and life seemed extinguished, they celebrated the Solstice, the winter day when the weakening sun regained its strength. Many Christmas traditions have their roots in pre-Christian traditions, but it was the birth of Jesus according to this volume that made a season of fear into a season of hope.

Pre-Christianity, the 25th of December was a time for monsters to roam about, old gods to capture mortals and bad children, and the Wild Hunt to roam the world looking for men to chase down and kill. All the rituals and signs and decorations were meant to ward off evil, Christianity changed that into the welcoming of love and peace into the world. The book is filled with fascinating looks into the old world origins of many traditions. Plus tales of The Nutcracker, and plenty of other Christmas favorites. 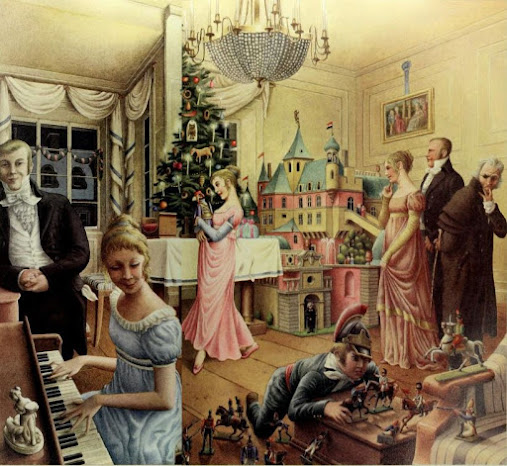