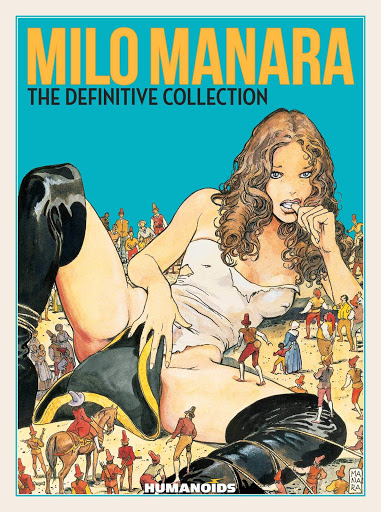 This is the work of Milo Manara, the famous Italian artist. Or should I say infamous, because those in the know, those who have read Heavy Metal magazine for a while will know that when Manara creates a new work, he isn’t shy about portraying nudity or sex. His work, I think, would be comparable to the modern day Tijuana Bible - aka comic book pornography - except Manara always wraps a story around it. The art, however, I must say is exquisite and demonstrates a rare natural talent we have seen in Kirby, Toth, and Moebius.

This work is touted as the definitive edition, which I’m not quite sure how the publishers, Humanoids, came up with that decision. It isn’t a collected works, Dark Horse already put that out. Perhaps it's meant to demonstrate what they consider to be his best work. The title is a little deceptive at best. As many other reviewers have pointed out, the book only has three of Manara’s short stories. Albeit, three very good stories. 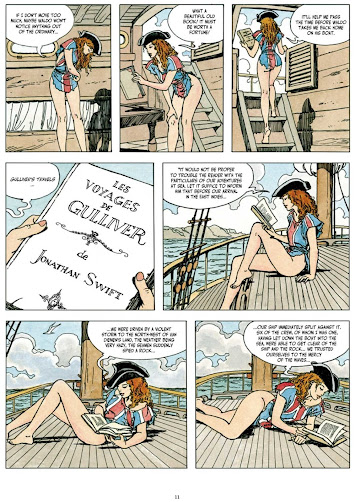 The first is Gullivera, a sexy take on the tale of Gulliver’s Travels. This one actually has almost no sex, but the titular character is naked or half-naked nearly all the time, genitals in full exposure. I believe that this story was printed in part at least in an issue of Heavy Metal, not sure about the issue number. As an adaptation, it is a pretty faithful one to the 16th Century novel.

Second is Pandora’s Eyes, this one is actually almost completely without sex, though the main character is nearly raped about half a dozen times. It revolves around a young girl discovering his biological father is an international criminal and Interpol’s attempts to bring the man to justice. Thirdly, we are shown The Golden Ass. Set in ancient Greece, Manara gives us plenty of sex here with a variation on an old theme, were a young man is accidently turned into a donkey, where he goes on various sexy adventures - yes there is bestiality - before being forgiven by the Goddess. It’s a weird variation on the redemption story. 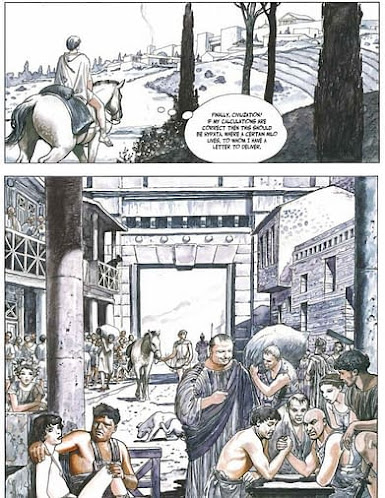