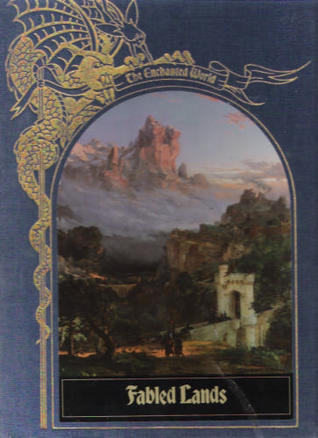 by the Editors of Time/Life Books

“The way of the traveler was, at best, uncertain when the earth was rough and young. Lands charged with magic lay hidden in the folds of the countryside, in the depths of the sea, even in the white fields of the clouds, sometimes visible, sometimes not. So shifting were the borders of these lands that a bend in a road, or a wave in the ocean, or the foot of a rainbow where it touched the ground, might prove a gateway for unsuspecting mortals. No one could tell when he might step from his own safe world across a border he could not see into a place where he would be a stranger, and all the life he would be a stranger, and all the life he had lived among his own kind would be as nothing.”

Volume 13 of the Enchanted World series is Fabled Lands. The stories contained inside do not really describe other worlds in much detail, and focus mainly on man’s usually accidental dealings with other worlds. A lot of these are Irish tales dealing with the world of Fairie, and if you’ve read other books in this series then you know the differences. Time moves at a different rate in Fairie. While the residents of both worlds can interact and produce children, inevitably one was drawn back to their old world, this seems to be a biological phenomena rather than just homesickness. 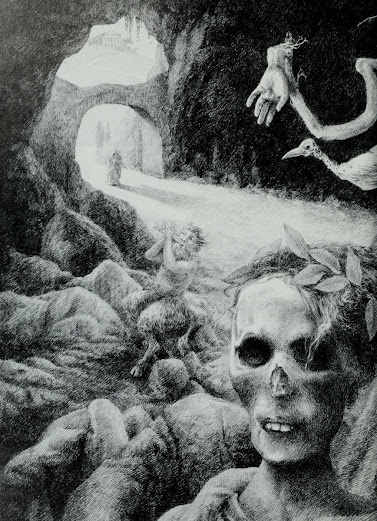 Second on the list to those of Fairie and the Irish Fianna and Knights of the Round Table who slew monsters and defeated evil knights there, were journeys into the Underworld. Men forced to risk their life in the land of the dead for knowledge or love. We’re briefly told the stories of Orpheus and Gilgamesh, and a great deal of time is spent on Aeneas, the last surviving general of The Trojan War who mythological led to the founding of Rome - which I was happy of, as it isn’t a story that is told often enough. Many regard the Aeneid as a Roman rip-off of the The Odyssey, and while it was certainly inspired by the poem, it is a work of great literature in its own right. You wouldn’t say O Brother, Where Art Thou?  was a bad film because it was inspired by the The Odyssey.

Overall, this is a wonderful collection of lesser known stories from around the world, though mostly from the Matter of Britain tales and Irish folklore. It is one of their catch-all books though, created to incorporate stories left out of other editions. Not that I mind, these certainly were a fun read. The art complimented the stories perfectly as usual, and by themselves are worth the price of the book. 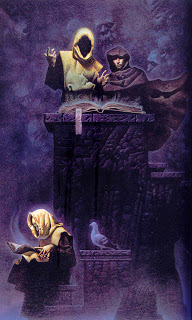