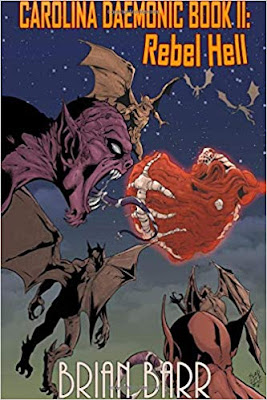 
"’How long are we going to wait at the bottom of this goddamn theater?’ some aggravated, fat sack of a man screamed at the top of his lungs to everyone gathered there.


Is this really the time to complain? Candice thought. Now, while the entire is falling around us? What better place could there be in such dire circumstances? Columbia turned into a ghost town overnight, the entire surface a catastrophe. Here, under the Longstreet Theatre, safe in the space provided below Greene Street, these poor protestors and citizens were provided a safe haven. They found enough food and water that could last them for days while they waited for the police and the military to take care of whatever was going on out there.”


This is the sequel to Confederate Shadows which takes place in an alternate timeline where the confederates won the Civil War, and not just repelling the North, they eventually conquered the north and as such, slavery was not abolished until the latter half of the 20th Century. Then magic bloomed in the land and, presumably due to this, science did not expand much beyond the steam and coal age.  Esoteric sciences arcane and archaic survive from forgotten times, and strange demonic creatures wander through the slums of Charleston.


The book is a rollercoaster ride through a nightmare version of modern American South. While several topical themes are explored in the narrative, it is organic to the situations in the text, and the author skillfully avoids preaching while still making a statement. The book is a face-paced ride through a sci-fi horror story. Well worth the time.