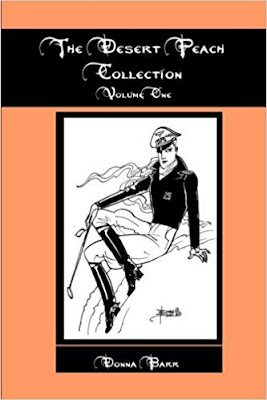 This is truly a unique book. I have never read a comic series whose plot comes even close to what occurs in The Desert Peach, which is why I’m now a fan. As one of my old writing instructors used to say, “You don’t have to do it better, just differently.” War comics set in World War 2 are nothing new. War comics set in Rommel’s desert campaign are rarer, but not unheard of. But a war comic where the protagonist is a German officer and in which there is almost no violence is rare item indeed. This volume collects the first seventeen issues of the series.


The main character is the fictional homosexual brother of German General Erwin Rommel, also known as the Desert Fox - hence, the Desert Peach. His full name is Colonel Manfred Pfirsich Marie Rommel and he commands the 469th Halftrack Gravedigging and Support Unit of the Afrika Korps. According to his fictional biography, he was born in 1900 and died in 1990, the author keeps his story going in the series Afterlife.


The Desert Peach’s unit is a dumping ground for lunatics and misfits, the rejects of other military units. The character is openly homosexual, even claiming to be engaged to a Luftwaffe pilot, and hates violence, always trying to find another way to resolve a situation. The rest of the crew aren’t much better. Hidden Jews, shell-shocked soldiers, incompetent zealots and so on. 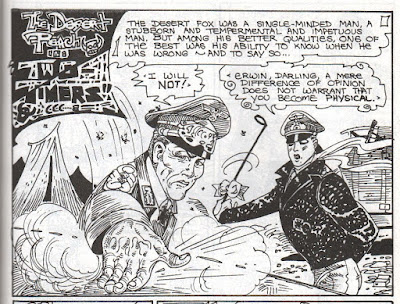 The action takes on the attitude of a farce, breezy weird stories often about mischievous antics of the unit, or them conniving to keep a character from being sent from the unit. Despite the silliness of some stories there is an element of realism hiding just beneath the surface. Similar in tone to Catch 22 and MASH (at least the good seasons of it), the backdrop of war makes a lot of things seem plausible.


The author’s attention to detail in military equipment and uniforms enhances this comic realism. The author has a very distinctive voice in her art, which adds to the oddness of the series, and continuously plays with the form, whether it is with word bubbles, or the “Mad marginals” sayings or cartoons creeping about the borders of the page. 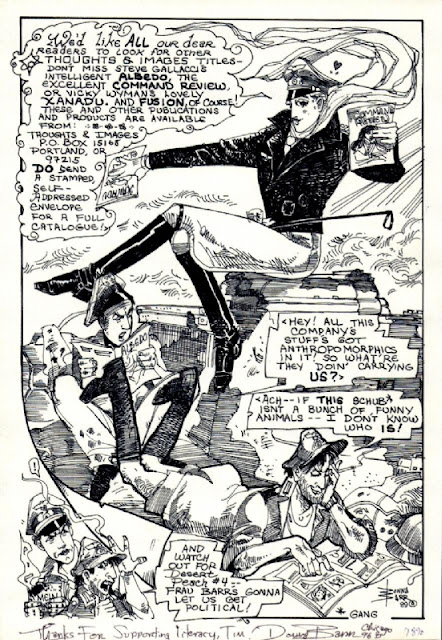 One of the drawbacks of this volume is the size. Granted you get an incredible amount of material for the price, but the pages had to be shrunk down to fit the book’s dimensions of 6 x 1.3 x 9 inches from 8.4 x 5.8 x 0.7 inches, which cuts down on the clarity and spaciousness of the book. In its original form, the author’s material filled up the page, taking in most of it with barely a millimeter missed. Here it's all scrunched together, making the material that much harder to read. Essentially you have to move the book closer to your face to take in all of the excellent details. 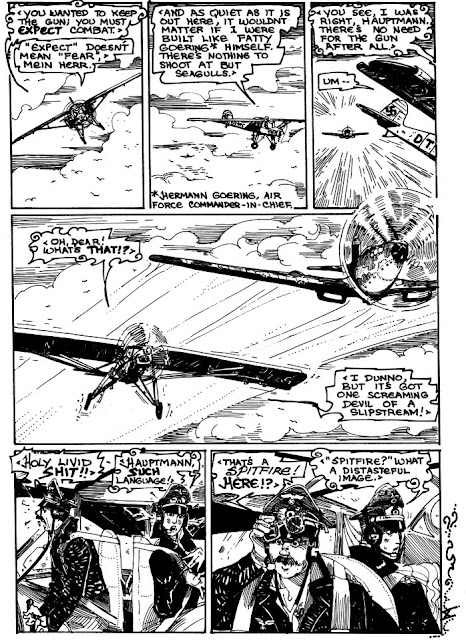