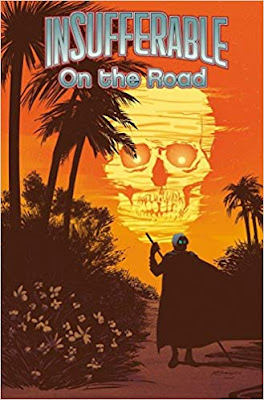 This is an obvious analogue to Batman and Robin but, like I said in my previous review, it is so well done that I don’t care about. It is, again, an idea so obvious that it leaves one to wonder, why didn’t I think of that?
A rich man, methodical and obsessed, becomes a costumed vigilante and eventually trains his son to take his place. They become Nocturnous and Galahad. However, the son gets tired of being put in the corner and reveals his identity to the world. His father is forced to go into hiding, but can't funnel his fortune away fast enough. The son becomes a media giant, and a brand, spending more time advertising products and posing for social media than defeating villains. 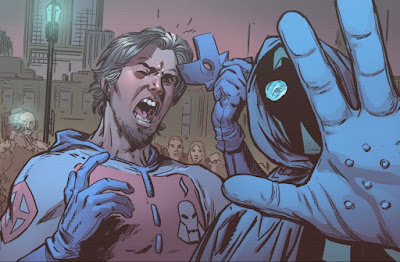 Picking up where volume 2 left off, the insufferable duo team travel to the Cayman Islands to track down Galahad’s stolen fortune. There both are subject to humiliating revelations about their lives and the limits of their abilities. Of course, the superheroes stumble into a murder and various other villains while tracking the missing money, all of which leads them back to their home city where trouble has broken out.
As before, the art and plotting make for a fun face paced read, mixed with humor. It might make a good action film. 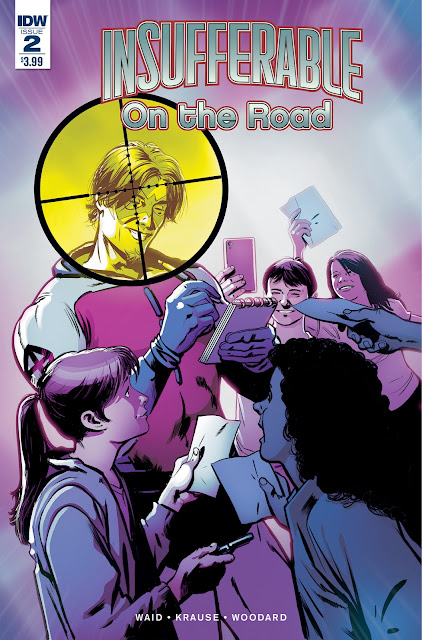