The Eighth Tower: On Ultraterrestials and the Superspectrum (Psychology) (Non-Fiction) 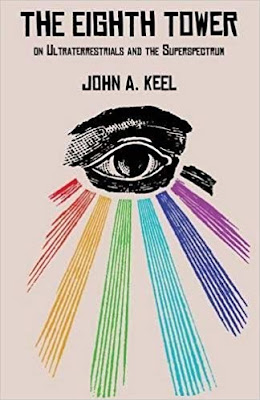 
“In a real sense, all are one with this infinite energy field. It is not part of us. We are a trivial part of it. Energies on the lower frequencies would sometimes be responsive to rites and prayers. Man’s own mind, being part of the greater mind, could unconsciously manipulate some of these energies and form a pseudo-reality populated with spirits and demons. As Emanuel Swedenborg and other great thinkers discovered, we can even program these entities ourselves and bestow them with identities. Like Dr. Lilly’s experimental subjects, we create the supernatural world. It’s a part of us. The ghosts of our dead are an offshoot of the beliefs of the living. The devil is the byproduct of the evil that is in all of us.”


This book is primarily made up of material originally collected for The Mothman Prophecies and if you haven’t read that book yet then do so before you pick up this one. It is better focused and touches on many of the same topics. John Keel is one of the most interesting researchers on paranormal occurrences since Charles Fort.


From ancient religious manifestations, to faerie appearances, to UFO encounters, Keel ties them all together claiming they are exact same phenomena. The nature of the experience has changed, because it is a reflection of how humanity has changed. In the old days we would assume anything strange was connected to one’s own religion (Saul on the way of Damascus), but later on as sci-fi films really started to catch on then the odd encounters, lights in the sky, mysterious entities became creatures from other worlds. 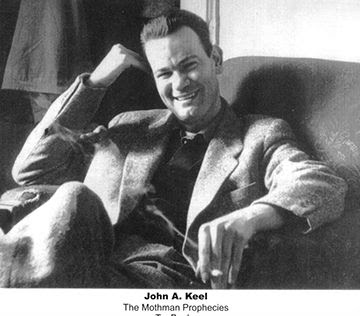 He goes on to show that for every Saul on the road to Damascus who successfully changed history through religion, there are at least one hundred (or more) failures - all claiming to have been inspired by divine visions or encounters. He suggests the motivations of these entities (if they actually have one) are on par with the Trickster Gods of old.


Ultimately his thesis is that these phenomena are a normal condition of the planet and reflect the state of the human race. That something has happened to the people encountered (whether it be aliens or Gods) but not what they actually remember. The encountees have been brainwashed, hypnotized, or reprogrammed to have a completely false experience. The purpose is unclear, but that there is an intelligence behind it all seems in little doubt. But what that intelligence is and its ultimate goal (again, if there is one) is anyone’s guess. The Eighth Tower is in fact the planet Earth (or a dimensional aspect of the planet) reacting to us.


Things start to spin off the rails when Keel tries his hand at science. Using it to describe local phenomenon and how things act in relation to UFO experience, from audio and visual blips, to odd magnetization, to high levels of gamma radiation. There are many “studies have shown” or “polls indicate” or “many scientists believe” statements without any citing of sources. His credibility is further weakened by propping up various writers (such as Erich Von Donniken, Chariots of the Gods) and theories which were popular back in the day (this book was originally written in the 1970s) but have since been discredited over and over again.


If he had simply discussed his ideas without veering far past his technical competency then it would be a different story, but he had to make an attempt for his ideas to seem “real” to skeptics who wouldn’t believe him no matter what.
For more readings, try books by Rex Hurst.
Posted by RexHurst at 9:49 AM