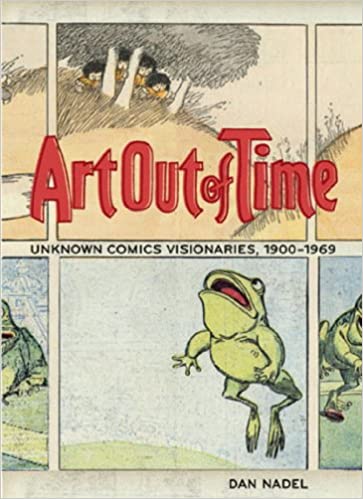 “Comics come from the awkward meeting of words, pictures, and commerce. The stories encompass life and death; art and comedy; unknown worlds of the future and the prosaic present. All of these narratives exist in torn newspapers, filthy magazines, badly printed pamphlets, and exquisite editions. Within all of these formats there have been competent journeymen artists as well as those brilliant practitioners: Visionary artists whose drawings and ideas surpassed all boundaries, in a medium that - until recently -routinely ignored such talent. While some of today’s best cartoonists are recognized, their lineage remains under-explored. Art Out of Time is a book about that American lineage: dozens of artists who mixed deep talent with low-down genre to create brilliant and unusual impurities in the decades before comics became a viable medium for personal expression.”

This is indeed a collection of great material from unknown artists from the past. Some are nearly forgotten, most of their work lost except for a handful of pages, others have been re-discovered recently. Often these were regional comic strips from lesser known papers, rarely distributed by any of the cartoon syndicates, but still exceptional in their own way. The book is broken into several sections focusing on commonalities in expression rather than chronology. Exercises in Exploration where it seems the author is playing with form and function in the comic medium. Slapstick - the great use of physical humor in a static medium - the art transcending its frames. Acts of Drawing - where the expressionism of the art supersedes other parts of the narrative. Words in Drawing - Where the plot comes out leaps and bounds above the art. Finally ending with Form and Style where the sheer graphic inventiveness of the strip is celebrated. 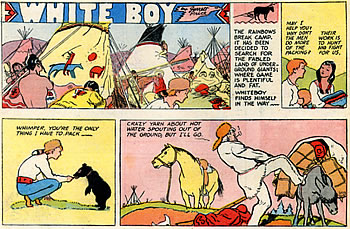 While this is a great book in many ways, there are a few niggling detractions. Part of the problem is that several of the illustrators in this book have been “rediscovered” in recent history. The whole comic-ology of both Fletcher Hanks - head of the superhero so-bad-its-good department - and Ogden Whitney - with his immortal Herbie, the Fat Fury comic - have been reprinted over the last ten years. The same is true of much of Milt Gross. So some of these weren’t new to me. Most were, however.

The largest problem, and one noted by many besides myself, was that often the material was difficult to read. Many of these were printed originally in old time papers and given a full length newspaper page to develop. In order to reprint them, they had to be shrunk down to the books size - which in itself is not small, but still not big enough for a full reprint. This is about a third of the book. And while you can admire the art in these parts, reading them is a chore. But what there is here is a unique collection of material. 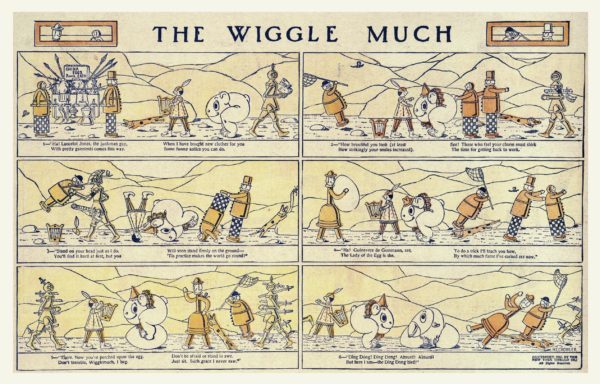