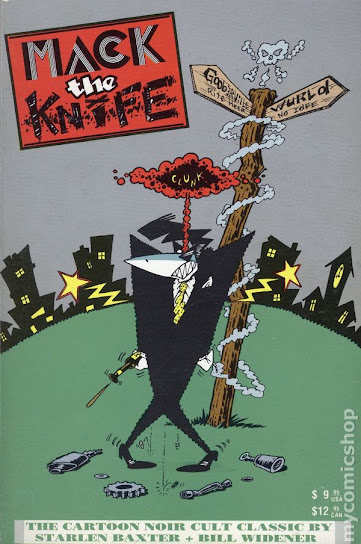 This book is a rarity. Not just in numbers - I dare you to find it, it will be a chore- but in style. It is an old fashioned flip book, which became a style back in the 1970s when paperback publishers would print two novellas together, but you would have to flip the book over to read each one. Thus there were two covers for each volume - as in here. From what I’ve understood, the fad started because of a printer’s mistake, but the publisher was too cheap to just toss out the bunch, so he just kept the book as is and threw a new cover on its back. Most of these were laid out like old films. You had the A story -a classic novella or a named author - and then the B story. And, of course, the regular paperback price was applied to a book which might be only half good.

This book was put out by Caliber Press (now called Caliber Comics), a variation of which has fallen and risen several times over the last four decades. It’s probably best known for its zombie comic, Dead World. This was its first incarnation in the 1980s, when the dream of the direct market was in full swing, and hadn’t yet faded off into the current nightmare we are facing. This book reprints two stories from another folded indie-publisher, Nerve Publications - which started out with the mini-comics craze, moving onto fanzines, then regular comics before folding due to lack of funds. Both of these appeared in its anthology magazine Nerve before it went out of business. 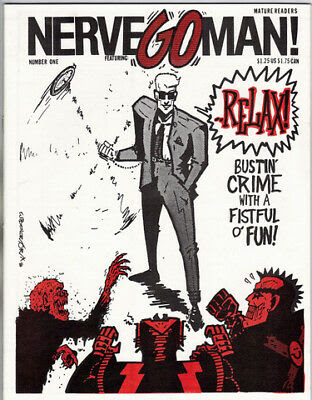 What would pass for the A story here is a series called Go-Man. Three parts to the story. I sure wish there was a lot more. It touched on tropes just coming into fashion in the superhero world. The clash between old and new values in heroes (essentially, creators trying to push the comics code authority to its absolute limits). The reality of a business-funded superhero and what the genetic manipulation of humans would ultimately result in. It’s a dense, realistic world. A story essentially ahead of its time. While the art is not the best, the writing more than makes up for it.

The B story is “Mack the Knife” a funny animal tale of an anthropomorphic shark - the titular Mack. He is a criminal on the run who breaks down in a small town, and attracts the unwanted attention of the thugs who live there and a hot woman. Hilarity ensues, along with a fair share of sex and violence. Fun fare all around. 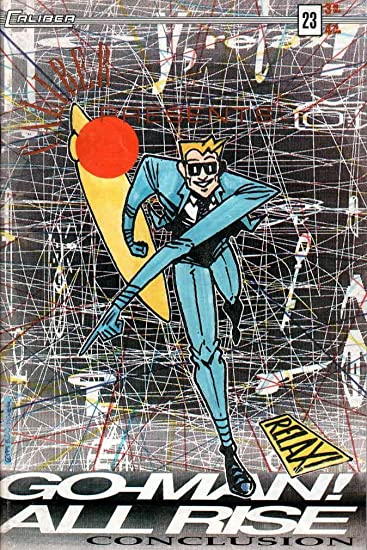