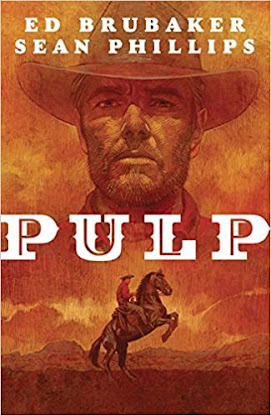 Once again we come along to an incredible crime story by the team of Sean Phillips and Ed Brubaker. While this is not officially part of the series Criminal it might as well be. With the current lack of enthusiasm by most fans for the comic market, it seems this pair has gone from a recurring series, to limited series, and now seem to be attempting to adapt the European method of one-shot volumes in a series. Which may or may not be successful. The only thing that I would suggest here is that they stop putting out the book in hardcover only. A lower-cost softcover variant would probably yield more sales.

The term pulp is used in several methods here. In the book, the protagonist is a former gunslinger and train robber who, in his twilight years, began publishing fictionalized accounts of his former crimes to the pulp magazines in the late 1930s. After being mugged of all his money, he is contacted by a retired Pinkerton agent, who was part of the squad trying to bring the former gunslinger’s gang to justice. The old Pinkerton proposes a deal to rip off some new villains who have appeared on the scene, The American Bund, aka the American Nazi League. 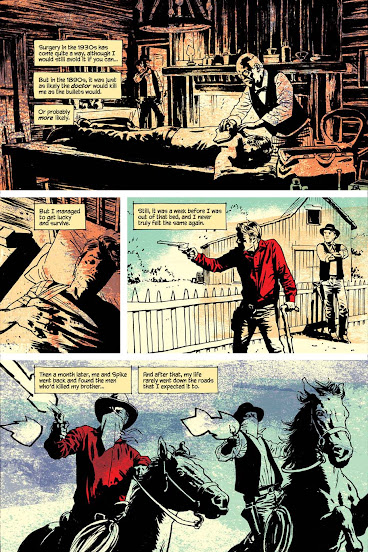 This meta-aware book of pulp features, which also includes the sleaziness of the pulps, while incorporating nearly every old-style genre (with the exception of the Tarzan mythos) we have heist, revenge, vigilante, and westerns mixed up against the always ready go-to antagonist of the century, the Nazi. At this point it seems there have been more Nazis shot in films, TV, and literature than in real life. If you’re looking for something else besides pulpy material and a pulpy ending - spoiler alert - in a book called Pulp, you have best look elsewhere. But please don’t, you’re gonna love this book. 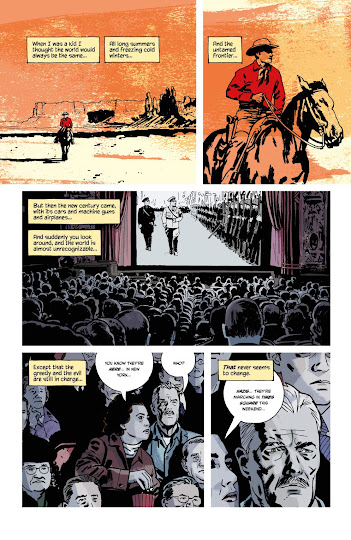