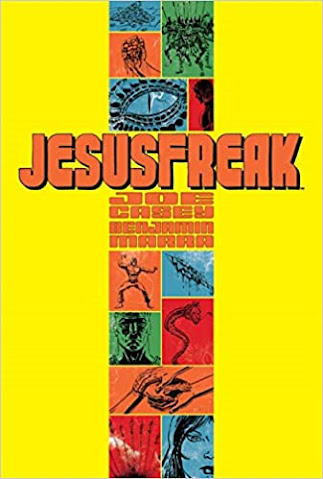 As the writer Joe Casey points out, this is not a religious story, but it is the story of a religious figure. The freak in this case is Jesus himself. The book here attempts to tell an alternate story of Jesus, free of previous religious context and the tales spun in the Gospels or the Quran. The authors obviously put some research into the story, especially in terms of what else was occurring in the land at the same time and in terms of history - which is often left out of the stories presented in faith documents. Thus we have a much more historic looking and acting Jesus and Pontius Pilate.

Jesus is shown as a very tan, brown-haired Jew - as he would be. Though the only physical image we are given of him is in the Book or Mark where he is described as having curly hair - here he is shown with straight hair. He is a man wrestling with a burning desire though he doesn’t quite know what that is at first. Ultimately he finds it in religion when he hears the preaching of John the Baptist. Upon John’s execution, he takes up the mantle of preacher (or rabbi), but seeing as how John’s zealotry and calls for violence against the Herod kingship and the Empire of Rome, lead to his death and the destruction of his ministry, Jesus takes a more circumspect and peaceful attitude. 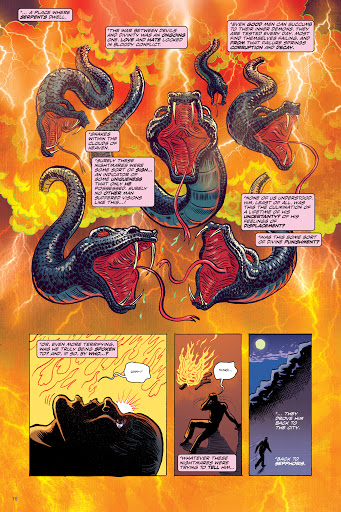 The character of Pontius Pilate is also more historically accurate. In the Biblical accounts, he seems hesitant to execute Jesus, but the historical Pilate had no such qualms. It had only been a handful of years since the Zealot uprisings and Rome was eager to squash all remnants of rebellion in Jewish territory. Thus the roman governor wasn’t hesitant to crucify anyone stirring up political trouble in the territory. He was so brutal in fact that many Romans wrote complaint letters to Emperor Tiberius - though historians have pointed out his caution may have been because his patron Sejeanus had recently been executed by Tiberius. It is interesting to note that in the Ethiopian Christian Church, Pontius Pilate became a Christian and they venerate him as a martyr and saint.

The point many readers get stuck on are the violent bits, especially where Jesus has a kung-fu battle with a reptilian demon in the courtyard of the fortress of Machaerus. If any scene were not meant to be taken literally it’s this one. It represents the protagonist’s internal struggle with doubt and fear, ultimately representing Jesus’s rejection of violence as an effective force for political or religious change - at least in his case. 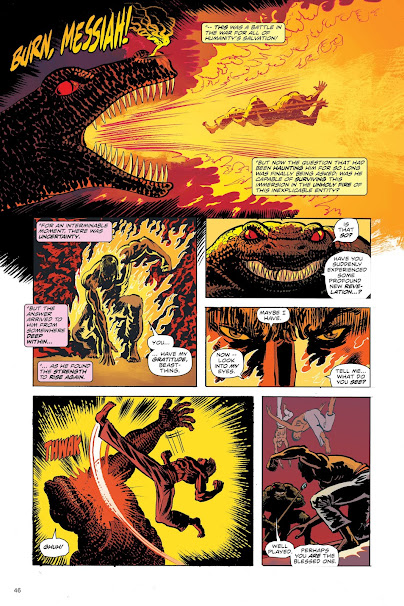