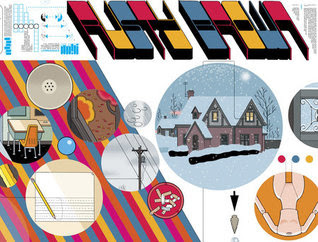 This is Chris Ware’s book, culled from the pages of Acme Novelty Library. A series which ended ten years ago, and has now been collected into this volume. What is interesting is that the story itself is not over. The very last page ends with “Intermission”. Thus the book is meant to be part one of a however-many series. I have my doubts anymore is forthcoming. Acme Novelty Library came out only once a year -if that. So it took ten years to get this far, and another ten years to collect it. So we will probably have to deal with the material presented here as the final product.

Not that there’s anything wrong with the contents of Rusty Brown. If anything, the material is too good. The art is always crisp, precise, and meticulous. Perfect curves, immaculate edges. Nothing beats it. It sucks you in and forces the reader to admire each page for about half an hour. One minor detail is that the author often plays about with the size of the panels, and so a lot of the words are really tiny. Stick your eyeball a millimeter from the page tiny. That might have a negative impact on your enjoyment. 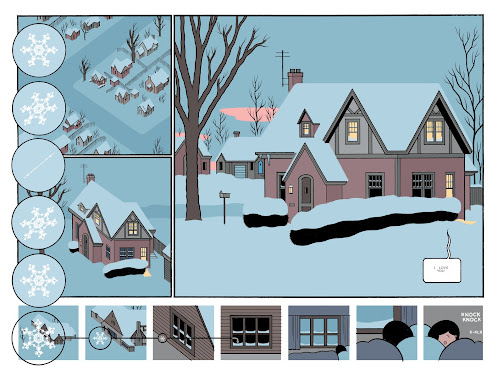 The story itself rambles. I’m pretty sure the author has an idea of what happens to each of the characters throughout their entire lives, but is scattered about its presentation. In the first few segments all of the character’s lives intersect together at a Catholic school in near-rural Nebraska. After these initial stories introducing the characters, the story focuses on individual characters using that time period of the late 1970s as a pivot.

Unfortunately, the titular character Rusty Brown, fades out of the action after the first story. The action then focuses on his father and his failed writing aspirations, mostly due to fear of rejection. Jordan Lint, a boy we see bullying the titular Rusty Brown and his tumultuous life. Whether he was a good or bad man remains up in the air. I have the feeling a lot was left out of the tale. Finally, we see the life - or part of it, there’s gotta be more - of Rusty’s third grade teacher, Joanna Cole, and her lonely life in snow-bound Nebraska. The stories here are good. Damn good. Mixed with equal parts nostalgia and despair.  These aren’t triumphs of the human spirit, but they are undeniably human. 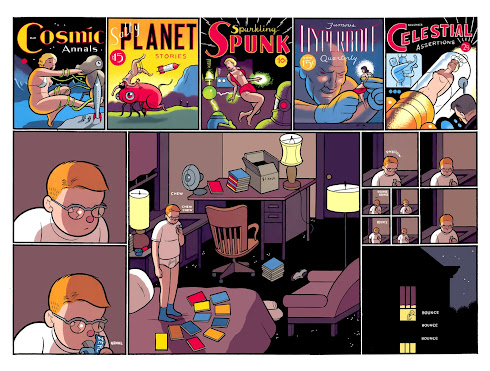