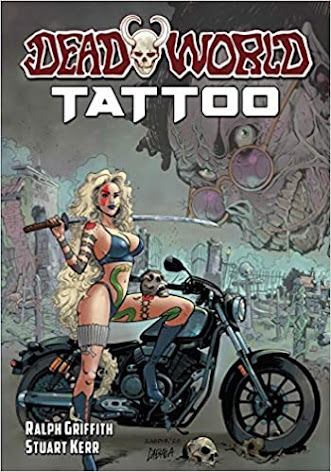 Deadworld, the original zombie comic from the 1980s. As it must point out in its blurb, “Before the Walking Dead there was Deadworld”. It started as an indie comic in the late 80s, Deadworld has survived over the last four decades in various forms. Multiple characters have been introduced and killed off over that time, very few could be considered protagonists. I found it shocking when I first read it, at how casually the main characters would be thrown away by the authors. Shocking and exciting. It was the first comic to have variant covers - a regular one and a “not for wussies” version which showed extreme violence or corpse dismemberment.

With the volatile rise and fall and rise and fall of the comics industry, Deadworld has disappeared for a time, only to rise again like the zombies it depicts. It is unique in the zombie apocalypse category as it is the only one, I believe, because it gives a reason for the dead rising. It is an invasion by demonic creatures from another dimension, who wish to fully open a gate between the two worlds and claim Earth for themselves. As such there are intelligent zombies, actually demonic spirits, directing the hordes of mindless dead. Humanity is on the verge of extinction, but the heroes – ever shifting as they are - constantly manage to keep the gates closed for one more day. 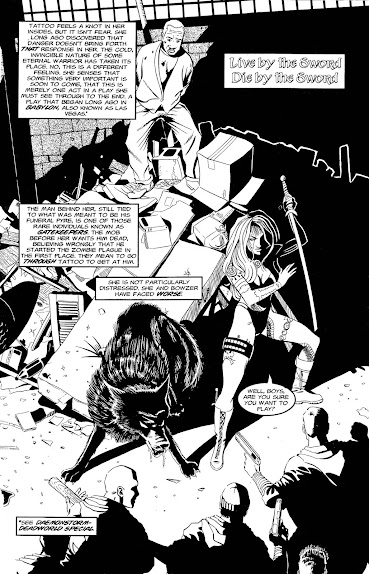 This a spin-off from the normal Deadworld cycle. The descriptors claim its self-contained, but it has a lot of characters from previous issues (Deadkiller, Donna, Dan, Rasta Man, the Vamp) and to fully understand the context of what’s happening, I would recommend  beginning elsewhere. But for those who know Deadworld definitely give this a look. It revolves around the often mis-treated Donna who somehow merges with the demonic characters called The Vamp. This unexpected event may tip the tide in expelling the demons from Earth and ending the apocalypse. 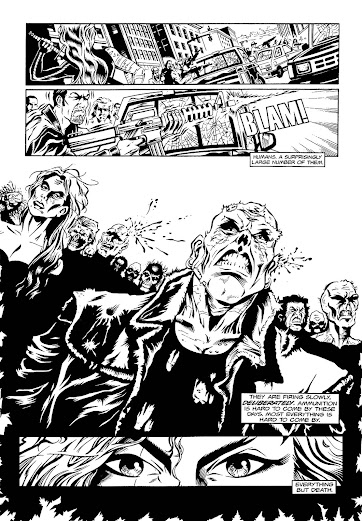