The Facts in the Case of the Departure of Miss Finch 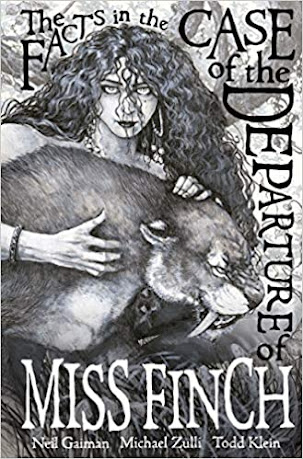 This is a graphic novel adapted from a short story which originally appeared in Smoke and Mirrors: Short Fictions and Illusions. It claims to be a "mostly true story" that combines the author's trademark magic realism with Zulli's sumptuous paintings, and has been newly rewritten for this hardcover. By mostly true, I assume the author adapted some street theater he had witnessed then added his own magical touch.

In fact, we can assume the main character is Neil Gaimen himself who, with his wife and friend and a strange introverted woman - the titular Miss Finch, attend an underground horror themed street circus. She comes across as having a personality disorder - an unlikable character - and only lights up when talking about her academic subject, bio-geology - The study of the interactions between the Earth's biosphere and the lithosphere. The circus starts off pretty tame, most of the characters seem pretty unimpressed. Until something happens in the middle and Miss Finch is carried off and transformed. 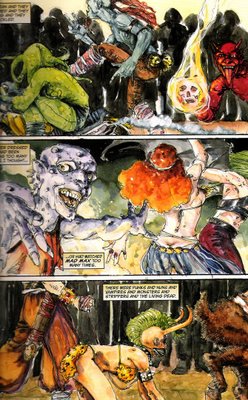 This is not the greatest story ever written, either in prose or graphic novel form. In fact for Neil Gaiman, it’s pretty mediocre- hell, for most writers it would be mediocre. I’m not sure why they decided to adapt this one to a different format. While the art is amazing, the story is iffy. A magical event, one with no reason or context. Interesting for a moment, then disposable. I’m not saying don’t buy this book. I’m saying get it for a reasonable price. 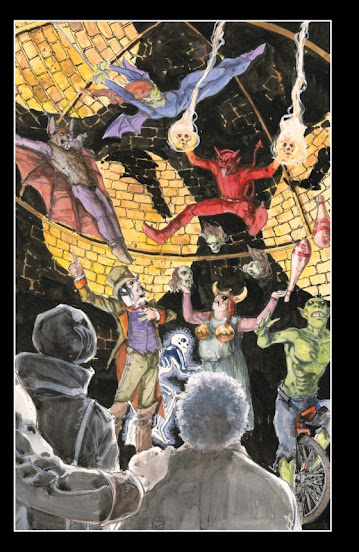