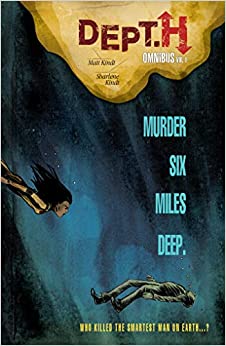 Dept. H is presented as a locked room mystery six feet under the ocean, but they certainly don’t get to it in the first volume. It collects the first six issues of the series, there being twenty four in all, collected into four volumes. In this particular one, the mystery builds and builds, with no actual resolution and damned little investigation. The main character is swept up in event after event precluding her from looking into the actual death which brings her to a research station on the ocean floor.

Similar to Sealab 2021 without the humor, huge parts of this underground exploratory and research development center are blown up or flooded in the first six issues. We are introduced to a select number of interesting characters who, I’m sure, all have secrets of their own - which will be revealed in upcoming issues. But if you are interested in a mystery then you are in it for the long haul, because I’m sure this one won’t wrap up until the 23rd or 24th issue. The pacing is somewhat leisurely, and drifts along like the contents of the ocean. 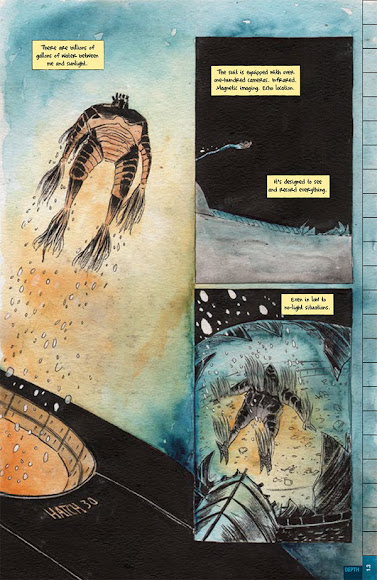 Some people have ragged on the art, but it’s watercolors for an undersea story, which I think is fitting. We tend to see the science fiction art as more detailed and technical with lots of gauges and lights and mechanics in the background. This is not present, but the beginnings of an interesting story is in the works. If only we were given a little more. Maybe I should’ve just bought the omnibus edition.