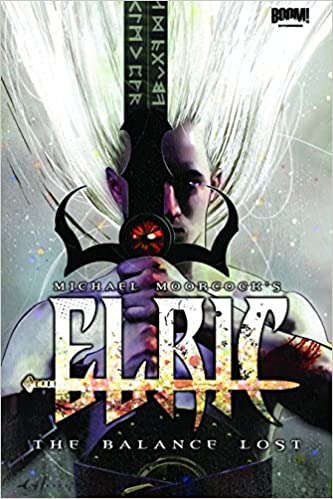 There are three volumes to this story, but I have only bought the first. I may or may not buy the rest. Let’s see what kind of deal I can get on them. Two things you need to know about this series right off the bat. Michael Moorcock’s name is on this, but he had nothing to do with its story, but all of the characters (except one) come from his various stories. Don’t worry though, this story is definitely in the style of Moorcock, and the writers are well versed in Moorcock’s worlds for they are well represented here. So while this isn’t written by the man himself, the plot certainly could have been.

Second, this series is called Elric, but it's more to do with the Eternal Champion of Moorcock's multiverse. I suppose they just gave it that title due to the character being the most popular of the Eternal Champions. For those who are unaware, the Eternal Champion was Moorcock’s way of connecting all of his various stories and characters through a central archetype.  The Champion is a semi-conscious appointed warrior of Balance who exists in every world and age of the Multiverse. His mission is to keep the balance between order and chaos. If either side becomes too powerful in one dimension then it is doomed. Additionally they all seem to have an unbreakable bond with a sentient Chaos-aligned weapon, the Black Sword, which in turns takes on a different shape for each Champion. Champions are forbidden to coexist in the same dimension, unless some sort of massive catastrophe is underway - as is the case in this series, but what is exactly the source of this lost balance is not revealed in volume one. 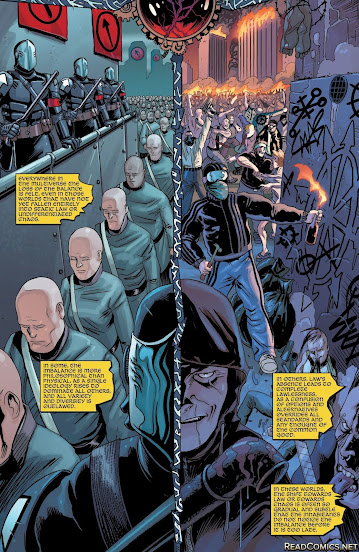 Which leads us to another problem. If you aren’t sufficiently knowledgeable in the various works of Moorcock, beyond Elric, you might be lost or miss the significance of much of the material. If you know Moorcock, then you will certainly enjoy the ride. Four protagonists are presented here. The first is the titular Elric, traveling the moonbeam roads between universes with his signature sword Stormbringer. Next is Duke Dorian Hawkmoon von Köln who is uncovering a remnant of the Beast Lords who survived the last decisive war. Corum Jhaelen Irsei, Corum of the Silver Hand, who rescues an old friend then goes to thwart an attack of order creatures, only to come across a version of the Runestaff - which readers might recognize as part of the Hawkmoon series. And a new member of the Von Bek family, Eric Beck. The family is often picked to be a part of the Eternal Champion down through the multiverse. Also making appearances are Oswald Bastable, and the cast of the Second Ether series.

Eric Beck being the new character and oblivious to his role, should have been the entrance cypher for the readers, but as of the fourth issue here he hasn’t been. All the protagonists are given the same amount of page space- for good or ill. However, it does make the assumption that people are well versed in the many short stories and books of Moorcock as the author. If everything in the previous passage comes across as gibberish, you may not enjoy this graphic novel as well as you might. 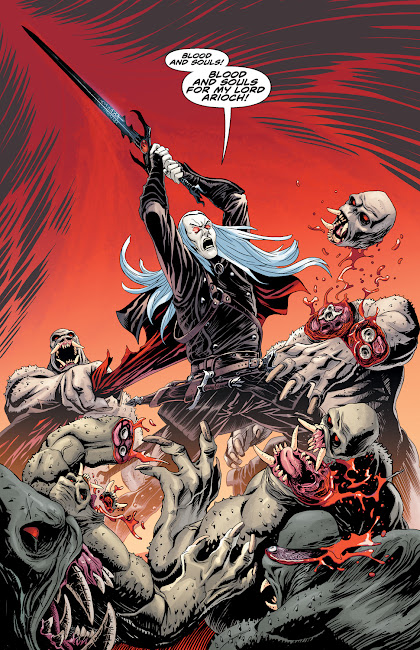