The Wind in My Heart (Horror) 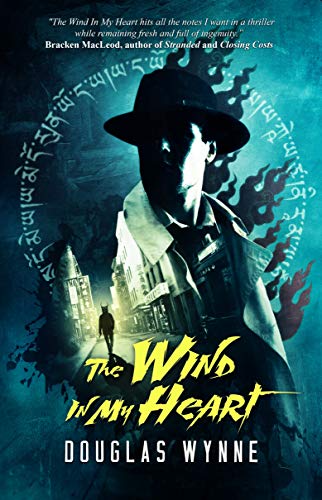 “Against a black background with liquid gold accents, a blue-black potbellied figure radiating a fan of arms and legs dances on a pile of human and animal corpses in a ring of fire. His head is that of an ox with long, sharp horns ascending from a crown of skulls. Three eyes blaze in a triangle formation above flared nostrils and bared fangs. The creature’s hair, beard, and eyebrows are all formed of golden flames. He’s naked, except for a necklace and girdle of human heads, his erect penis red-tipped and pointing skyward. His myriad hands and feet are tipped with white claws, each hand clutching a different object: a lion’s pelt, a noose, and every variety of weapon—knives, spears, arrows, and throwing stars—all radiating outward in a fan of blades, except for the two hands that meet at the center of the body. Of these, one holds a crescent-shaped knife with an ornamented handle, the other a skullcap splashing blood. The creature’s expression is fierce, but a set of additional heads rise in a column above the mane of flaming hair, like a totem pole. The topmost of these is the serene, smiling face of a Buddha.” 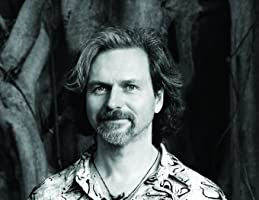 Author Douglas Wynne
An excellent blend mixing the ever-spiraling mythology of Tibet with the modern horror story. The Tibetan culture is so rich and vibrant, I’ve often wondered why more people haven’t utilized them before. They have the complete and evocative dictionary for the most ridiculous of spiritual beings, yet it is a fascinating read. Douglas Wynne writes with a hard boiled elegance, effortlessly blending complex Tibetan philosophy with the tough guy banter of a Raymond Chandler novel. His descriptive prowess brings a level of reality above the normal literary dialogue.

What police see as a series of normal gangland killings in the heart of Chinatown, private detective Miles Laundry soon finds out is something far beyond. The reincarnation of a man possessed by a demonic guardian and terrible powers is loose upon the world. His target, the former Tibet masters who suppressed his existence. This is a fast paced work of tension and mysticism. The research into Tibetan culture is obvious and shows in this semi-complex story, of mystery, murder, and magic.