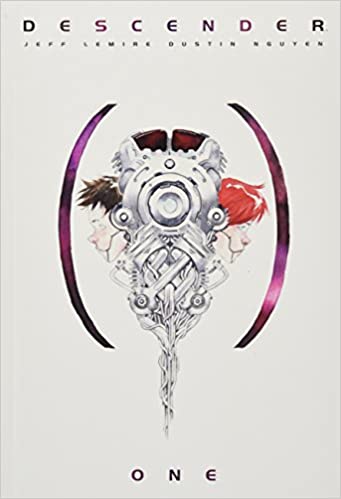 The Deluxe volume one collects the first three softcover graphic novels, or issues 1 - 16 of the science fiction series. Which is half of the 32 issue series. Not a bad get if you’re willing to pay. It was a Christmas present for me, so I didn’t have to shell out. This has been followed up by the sequel series, Ascender, which has lasted for fifteen issues so far. I have no idea of it ends there because I have not read them. But I sure might, as the story presented in Descender is compelling and interesting. Recommended for lovers of the space opera

In a distant system, or series of interconnected systems - the plot is nebulous about that - the human race has abandoned Earth and created the United Galactic Council with various other sentient species. Into this comes nine giant robots, dubbed the Harvesters - think Voltron sized times a hundred- who appear out of apparently nowhere and attack the major hubs of civilization. After causing untold damage the robots vanish back to where they came from. This leads to a cull on Artificial Intelligences and robot across the civilized world were hunted down and destroyed. Some hid away, some banded together to make a resistance movement called the Hardwired. All this happens in the first ten pages. 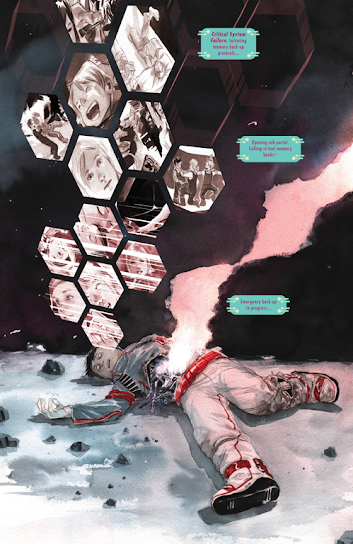 Ten years later, a small boy companion robot, one designed for empathy and love (similar to the main character in the underrated A.I. film) comes back online. He was saved from the robot holocaust because the mining colony he was stationed in suffered a catastrophic gas leak where most of the crew was killed. It is determined by various hostile parties that, for whatever reason, this model of robot has the same baseline codex - that is initial code, similar to mechanical DNA I guess - as the Harvesters. Things go off the rails following that. 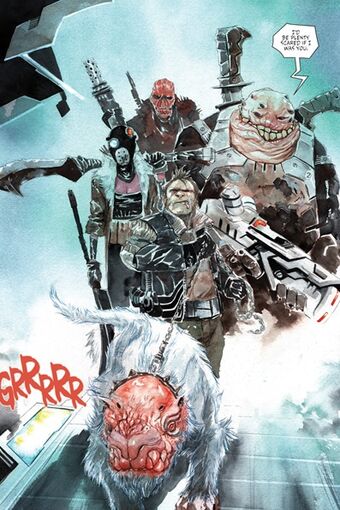