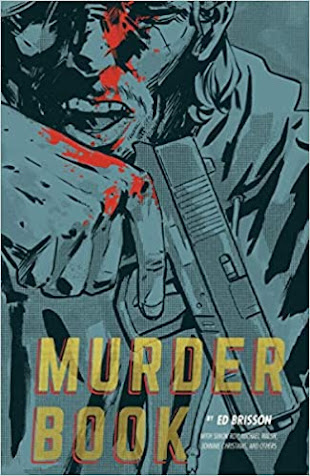 “‘Murder Book’ is a term used by detectives to refer to a case file on a homicide investigation. Murder books typically include crime scene photographs and sketches, autopsy and forensic reports, transcripts of investigators’ notes, and witness interviews. The chronicle the life a case from the time a murder is reported until an arrest is made.”

This is a collection of sixteen crimes stories, most involving murder or a death of some sort. Each story is drawn by a different artist, but they adhere to a similar gritty, black and white style, which lends itself to a similarity of tone and pacing throughout these tales. But, of course, with a limited amount of space, each story is rather short. That isn’t a negative in my opinion, but when one very short story follows another, they need to be different enough to stand out. In this case the stories remind me of Andrew Vachss’s books of short fiction, Born Bad, or Ed Brubaker’s Criminal series. 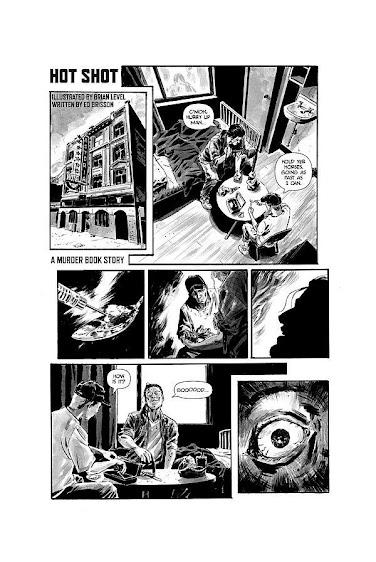 The tone is amoral. No judgments are given. No morality is espoused. It is simply the facts about a protagonist, usually desperate or out of their depth - or both - caught up in circumstances where death, one way or the other, was a necessary outcome. All seem to be in the same city or state, as many reference “Sandra” a crimelord of some degree, who seems to be involved in drug smuggling at the least. These are bleak stories which offer up little in the way of hope or the human spirit, but there are plenty of gunshots. 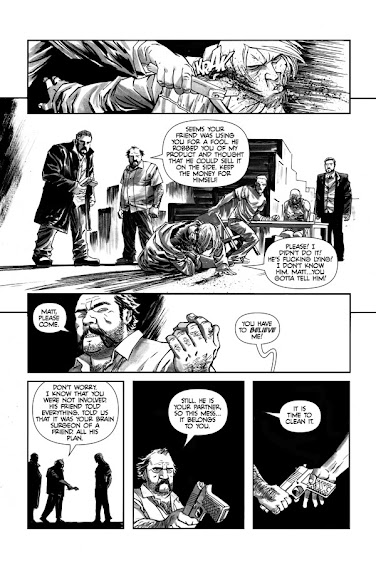