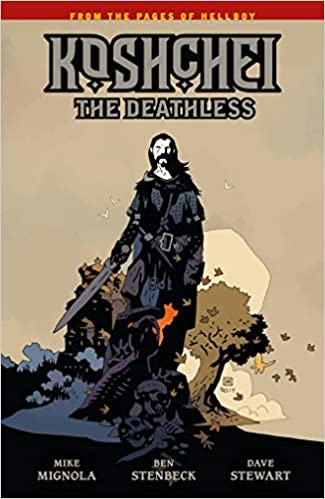 This is a spin-off from Hellboy dealing with the history of one of Hellboy’s past defeated foes, the titular Koeishi the Deathless who first appeared in Darkness Calls. But that was before the world ended and Hell had a purpose. Now that it's all over - in the Hellboy universe at least - Koeishi and Hellboy sit at a bar in the ruins of Hell where the Deathless tells his story. 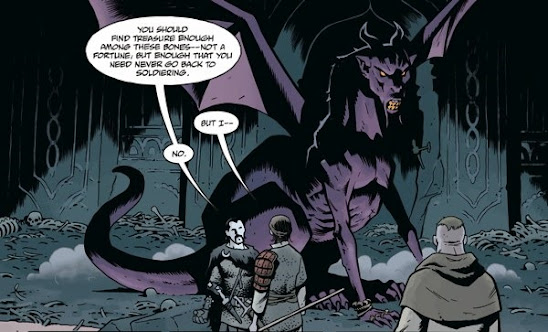 It has been hinted that there was much more to Koeishi's take, but the depth of it was surprising. The tale is steeped in Russian and Slavic mythology, mixed with the weird sensibilities of the Hellboy universe. We see Koeishi's early life and dealings with the Baba Yaga. Her war with Hellboy eventually costs them both much, Koeishi being just one of the causalities.

As usual the story is wild and weird. The sort of story comics were built for. It couldn't have worked in any other medium. Hellboy was built for the comics, which is why it's thrived for so many decades. The artwork is impeccable as always with the colors casting the various moons perfectly. I'm not sure what's in the future for this universe, if anything, but I'm looking forward to it. 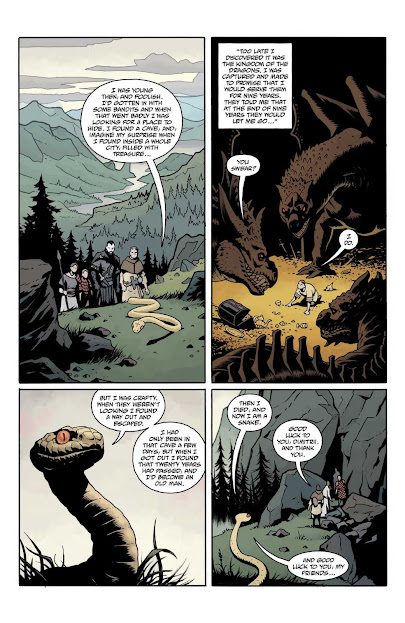