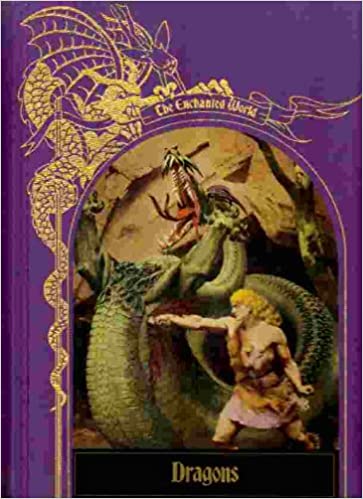 “Whether European or Asian, the race of dragons was as old as creation and varied as nature itself. Their very characteristics were difficult to classify or define. The accounts from chroniclers and scholars from the centuries of the dragons’ ascendancy agree only on a general picture of a serpentine beast protected by a body armor of overlapping scales and equipped with claws to cut, teeth to tear, and breath and blood to burn. The creatures almost always had preternaturally acute vision, indeed, ‘dragon’ seems to have been derived from the ancient Greek verb ‘to see’. A few had both this keen eyesight and, for their prey, a burning basilisk gaze that was death to behold.”

When I was a kid advertisements for this series aired constantly - at least in the time slots that I usually watched. Time Life had a great reputation of putting out intricate and useful reference materials. This was well before the internet so good reference materials were needed. This series was different however. It collected all the fantasy elements and placed them in their proper books. It was unlike any sort of book I had seen before. My mother finally caved in and ordered me the set. When I ran out to show my friends they were mostly unimpressed by the first volume, Wizards and Witches, but when I showed them this one, all their eyes lit up. Dragons were no joke. Suddenly they were all very envious. 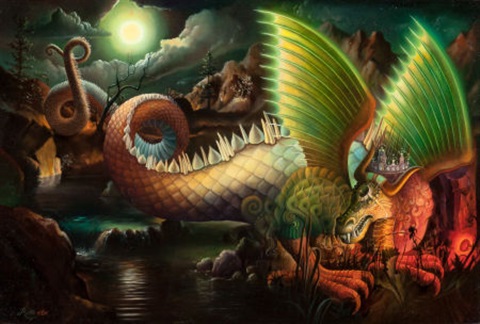 The book itself is worth it just to leaf through and drink in all of the magnificent art. As previously the volume breaks down the various types of dragons based primarily on region. The European stories of dragons, or drakes, or wyrms - whatever they are called - are very different from those told further east in China. The Asiatic versions were seen as spiritual beings, personifications of the air and water - creatures to be reasoned with on occasion, rather than outright killed.

The four parts of the book deal with the dragon as the form of chaos incarnate at the beginning of time. Born before time began, these creatures were sons of chaos, and so the gods did battle with them, for only when they were beaten could order prevail and the universe be born. Moving on to tales of European dragons in their various forms in the second chapter. While the third deals with Asain tales of dragons, and the final focuses solely on the rise to prominence of the dragonslayer as hero. In the course we learn the stories of Apep, Tiamat, Jörmungandr, Nidhoggr, and Typhon. Beowulf, Perseus (in the original telling of his story the monster was a sea dragon), Saint Martha and Tarasque, St. George, Sigurd the Volsung, along with a host of Persian and Russian rulers - among many many others. 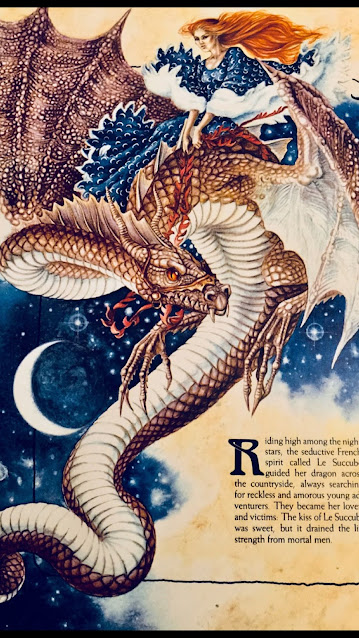