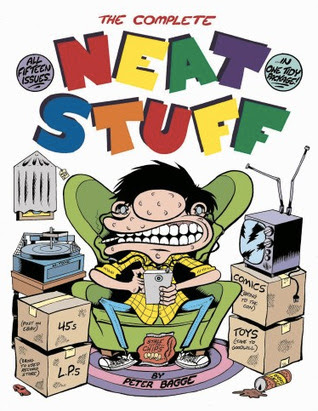 This is the box edition of the complete series for Neat Stuff, collecting all 15 issues of the indie comic from the 1980s. For those of you who might know the name of Peter Bagge, it probably comes from his indie comic sensation Hate about the adventures of disaffected youth Buddy Bradley in Seattle in his early 20s. It was the right comic at the right time and dead-on hit Generation X just as they began to bloom. But before that, the comic was Neat Stuff. It was an anthology comic. Each issue varied between a collection of wildly different characters, and that might have been its flaw. The reader was never sure what to expect. One issue might feature a variety of small bits, while the next would be dominated by a single story.
The features for Neat Stuff are: Girly Girl - a leering troublemaker who finds humor in dead animals, festering sores and clobbering child psychologists with baseball bats. True to form, her first strip appearance ended with her being squashed underfoot by her unseen "biggest fan". Studs Kirby - a reactionary talk radio host who lives in the past, gets drunk, rants on with his ill-informed opinions. Junior - a hulking wimp social inadequate who lives with his mother and is terrified of the outside world. The Goon On The Moon - a pornography obsessed, friendless loser who lives on the moon. Chet and Bunny Leeway - a young couple who are dissatisfied with their increasingly tedious lives. 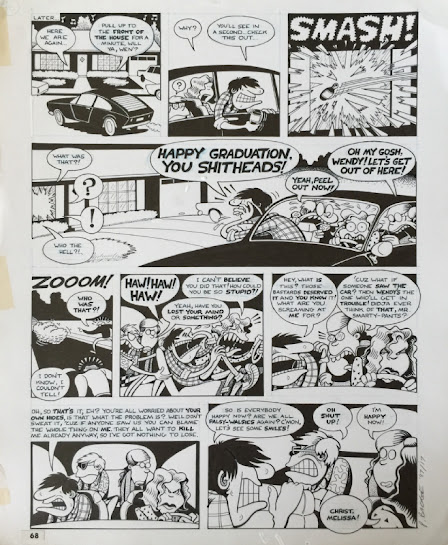 The standouts, however, were The Bradleys - a dysfunctional family, apparently based on Bagge's own family. Brad Bradley, the father, is an overweight, perpetually complaining slob. Betty Bradley, the mother, is a God-fearing, occasionally foul-tempered 'woman of the eighties', whilst their children, Butch (a gullible, war-mad pre-teen), Babs (a plain, self-absorbed teenage girl with retainers on her teeth) and Buddy (a retro music-loving slacker) alternate between fighting each other and their own parents. These characters carried onto Hate. 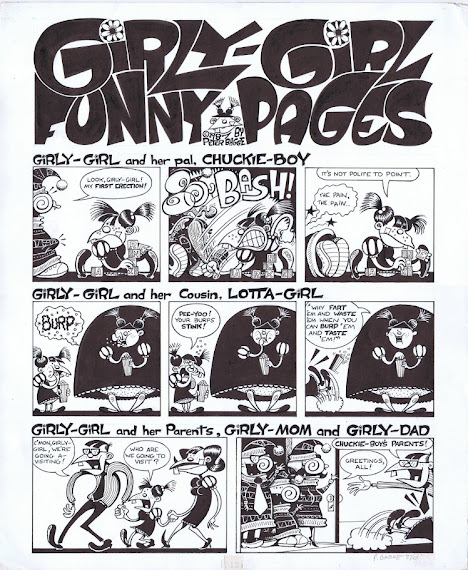