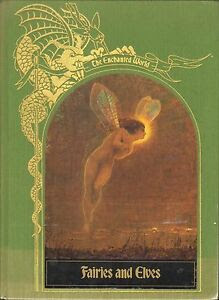 “Once, at the dreaming dawn of history - before the world was categorized and regulated by mortal minds, before solid boundaries formed between the mortal world and any other - fairies roamed freely among men, and the two races knew each other well. Yet the knowing was never straightforward, and the adventures that mortals and fairies had together were fraught with uncertainty, for fairies and humans were alien to each other.”

This is the last book of the series which was given to me as a child. My mother ordered them for me as a gift, then decided to cancel the subscription after some menopausal blowout - something about me not putting my shoes away properly. I was nonplussed as this tended to happen about twice a year, where she went on a tirade and destroyed half of my toys.  Of course in those days, you bought these books by the month. The company sent out a bill and upon receiving the cash, would issue the next in the volume. You could cancel any time. All the rest I’m reviewing here in this series, I picked up along the line in my adult years. 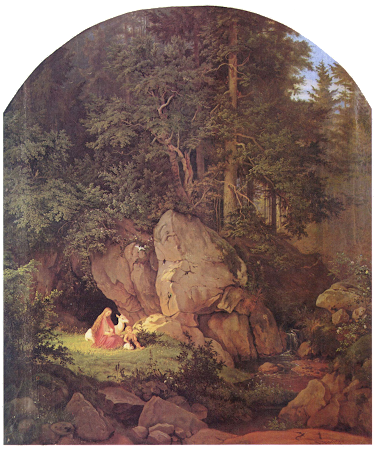 Known to the Norse as the Alfar or elves in English and sometimes as fairies, a word that derives from the Latin fatum - fate and fatare - enchant. Fairie correctly refers to their lands or magic. In contrast to mortals, beings who sought order, these magical beings were said to be very fickle and unpredictable. Even members of the usually good Seelie Court were prone to mischief.

The chief groupings were the trooping and solitary fairies the nobles and peasants of their kind. Among the Trooping fairies are mentioned the Sidhe, the Tuatha Dé Danann and the children of the Dagda. Though sociable to their mortal counterparts, they eventually withdrew and were replaced in mortal interactions by their smaller cousins. Various nature spirits continued to haunt the wilds of the world. Some were friendly to humans and used their powers to help them with their household chores while others were cruel and delighted in tormenting mortals

The four chapters break down the classification of mortal encounters with the fey folk, which was just a often as disastrous for the elf as it was for the mortal. The first focuses on the higher level fey, the kings and knights and warriors who aided or warred with man for love, honor, or goods. These were from the ancient times when man and fey seemed almost interchangeable. Indeed they could easily interbreed, thus making one side stronger as a result - or dooming them.

Eventually the old crossings between Earth and Fariere deals withered, leaving only those in the second chapter - the spirits of wood and stream. Personifications of the wild, untamed lands, who harm the lonely traveler when angered. Chapter three deals with the trickster sprites and their ilk. While Chapter four focuses on the doomed love and marriages between mortal and fey - nearly all are the same story. The mortal and elf are allowed to marry on some bizarre condition which the mortal inevitably out of mistrust, accident, or stupidity, violates. And thus the two are torn away for all eternity and the mortal pines away dying alone and in misery. As usual the art is amazing, and the book is chock full of wonderful stories. 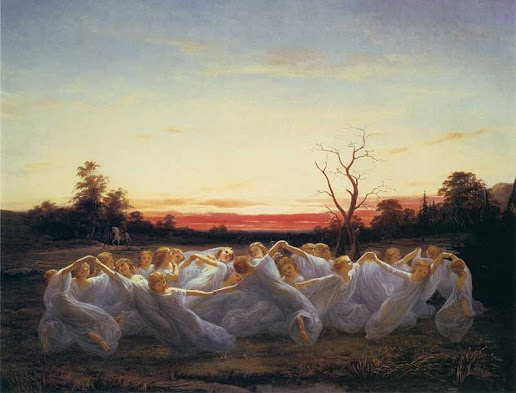