Skyscrapers Of The Midwest (Drama) 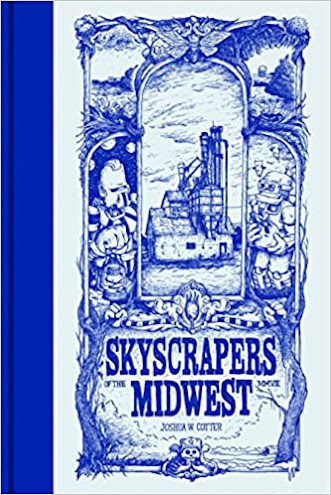 I used to collect some of the issues of this comic back in the day. They stuck out because of their unusual shape, the lack of a glossy cover, and the nearly double the amount of material than the average comic. I always seems to find a copy tossed in some half-off long box at the ass-end of a dingy shop or buried in a bin under a table at a convention. This is how I found a copy of the hardback collection of all eight issues - under a table at a discount oldies store, above which was displayed the more popular trash of the moment. Boy, those who don’t look below sure miss out.

Skyscrapers of the Midwest is best described as the winding tale of a young cat, his little brother, and the creeping shadow of imminent adolescence in the American heartland. The book contains a series of heartbreaking vignettes as the two boys slowly and painfully begin to put away their childish things and embrace the bland realism of adult life. That is such a pity as the worlds conjured within their imaginations brim with excitement and adventure, with a tint of tragedy bleeding in around the seams. The story is as much symbolic as it is literally making the entire experience something unique to dwell on. 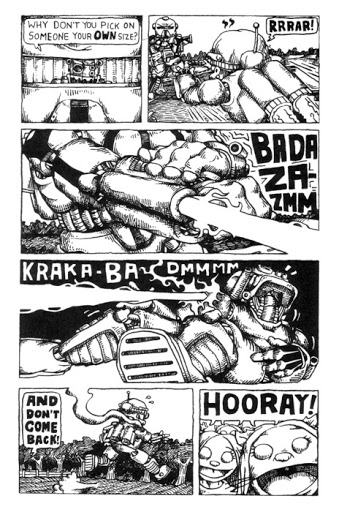 Others have said that the overall theme and tone of the series, ie. the pitfalls and uncertainties of adolescence has been done before. Which is true, but then what hasn’t been done before. This story rings with authentication. Any young boy can relate to one of the events from some time in their life. Great and sad simultaneously. 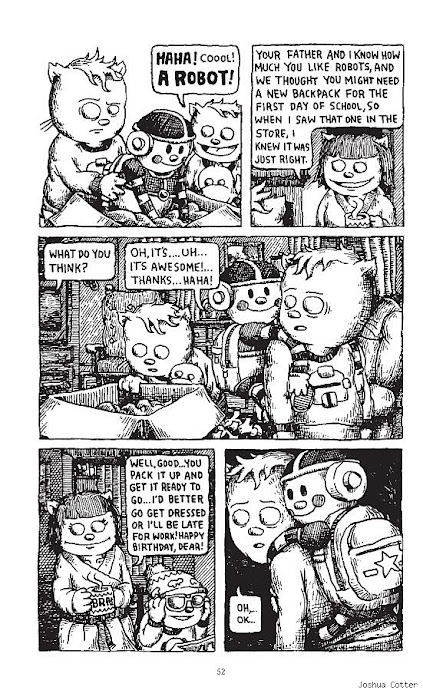