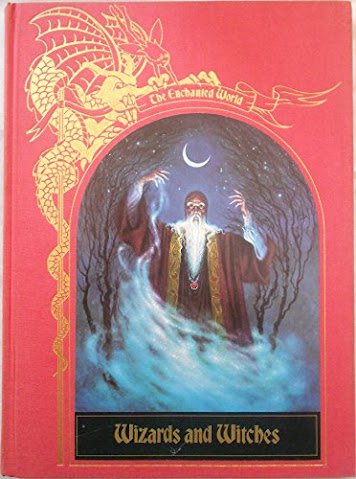 "Unseen powers were at play in those days, in those times and places. Only a few men and women understood these powers and - through that understanding - controlled them. The early wizards possessed great knowledge, which sprang from the very nature of their being. Through their brains and veins and sinews, the cordial of magic flowed like blood. In greater or lesser degree, they contained in their bodies the very elements that made the world so restless."

The first in the 21 volumes of the Enchanted World series, put out by Time-Life book in the early 1980s. Each covers a different aspect of the world before the order imposed by Christianity. That isn't meant to be an anti-Christian it simply melds Christian mythology with the ancient legends and myths of yesteryear. It reflects the nature of chaos along with those of order, and as one wins over the other those with the skill or knowledge can manipulate the interplay. Eventually however the God of Reason won out over and the adversary was placed under his thumb. Thus the practitioners faded into myths, legends, and stories. 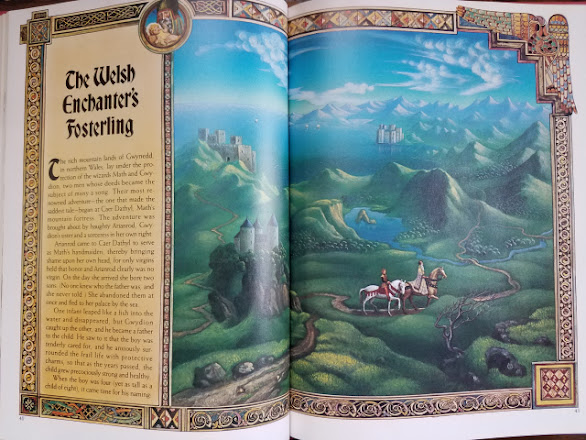 This volume is broken up into three parts. The first deals with the earliest and strongest of the wizards, back when the world the process of creation not yet completed. Since reality was fluid, it was relatively easy for mighty wizards to cast their magic. Magic in those days was almost instinctual and inborn; it was an art. Part two deals with the wizard scholar. As a result of Christianity clearly setting and defining the world, the use of magic became much more difficult and even dangerous. It was difficult because it was no longer an art to be understood instinctively but a science that required years of study. Part three then moves onto the study of witches, the truths and misconceptions, the rumors and stories about their powers.

What draws one into this book - and presumably the rest of this series - are the magnificent pieces of art scattered throughout the entire book and the many old stories collected together from cultures all over the world. Though the material is dominated by legends from Europe, a few other cultures manage to slip in. It also includes an extensive bibliography for those who wish to read more on the subject. 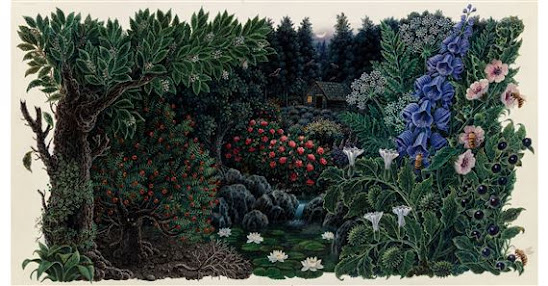