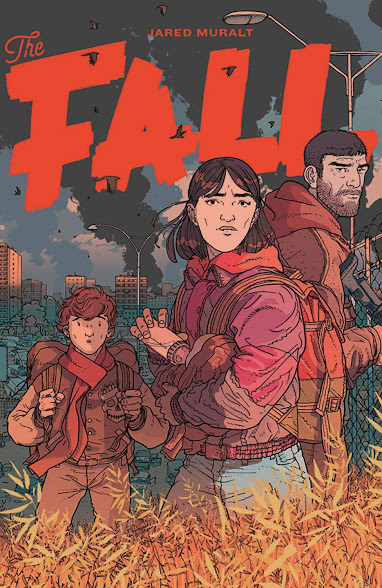 Collecting the first six issues of the Kickstarter funded series, this book was originally published in French and certainly has a very European vibe to it. Which is good in my opinion, we have had many, many stories of society collapsing set in the United States - many actually written by Europeans - but this is the first one I’ve read - and maybe I just need to expand my reading pool - set in Europe. The blurbs constantly compare it to The Walking Dead, to attract American audiences no doubt, but apart from the collapse of civilization, The Fall is its own unique book.

Set in the German speaking section of Switzerland, a deadly flu has been ravaging the continent, killing large numbers of the population - Gee, I wonder what his inspiration was? After his wife succumbs, a man must protect and provide for his two children and a baby picked up along the way. Starvation, dehydration, infection, and predators all of sudden become the forefront of their lives. While not the most brutal of these types of stories, it does not shy away from animal death - you gotta eat - child suffering, rape - not actually shown - and sexual coercion.

The book is mainly plot driven, with not much character development except that certain people go from being alive to dead. There are also no division pages given between issues, so sometimes the action takes a major leap from one page to the next. It would be less jarring, had the issue numbers or covers been included between each chapter. This is also not a complete story. It is only part one and ends on a bloody cliffhanger, with all the character’s fates up in the air. Let’s hope there is a lot more of this story to follow. 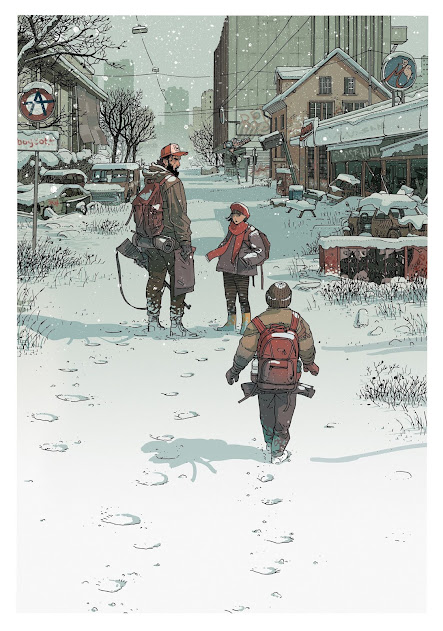