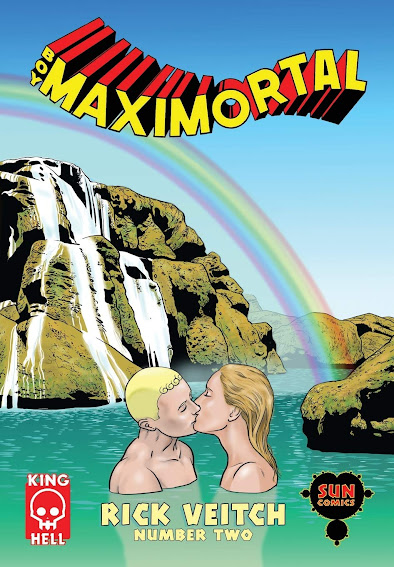 Picking right up where the previous volume ended - even the numbering continues the same starting with page 54 - the plot thickens and the weird desperate threads of the first Maximortal series begin to congeal. We see the purpose of the True Man comics which is to actually educate the now adolescent Maximortal on how to behave in modern society, as well as entertain millions of children. It is a winding, twisting road traveled by this comic and I’m looking forward to seeing where this series is going next.

One problem I have though, it that it seems the author is gearing up the story to be some sort of “anatomy of a superhero” story and, quite frankly, it's been done before. The archetypal superhero has been analyzed down to its atomic structure. I don’t mind a weird story, never tried before- or tried before in a different way, but what more is there to say meta wise about the superhero. Hopefully I’m wrong and the whole previous paragraph was just a waste of time.

As with the previous volume only about half of the book deals with the titular characters. The rest is filled up with old sketches of the author and a few more stories. A silent one called Rebus, a splash page retrospective on the life of Sharon Tate, a post-apocalyptic tale called “Sounds in the Silence” - it has a happy ending, a rarity for this genre- a prose Sherlock Holmes short story called “A Visitor in White” and a weird one-page short called “Kasha Varniskes”. This extra material is much better than the first volume, which seemed to be made up primarily of filler. 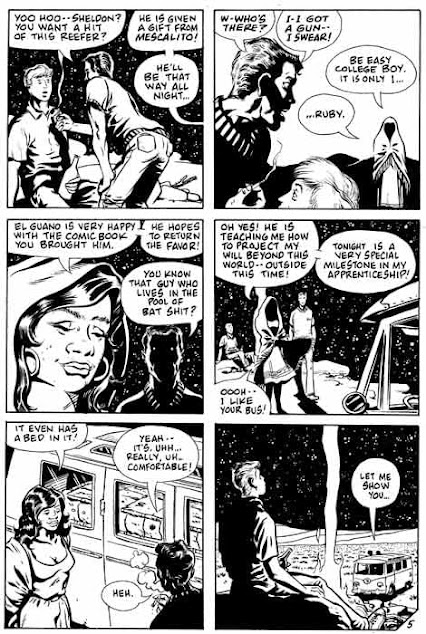