The Mighty Crusaders: Origins of a Superteam 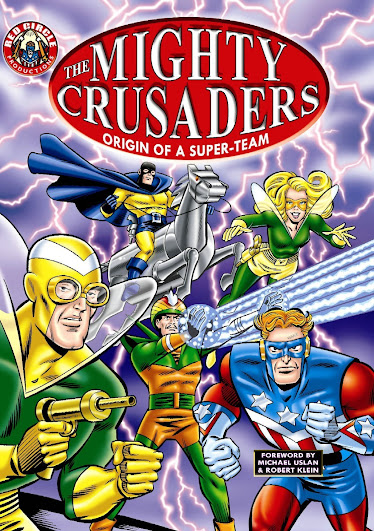 "It was the 1960s. Stan Lee, Jack Kirby, and Steve Ditko became overnight 'number one with a bullpen' success stories as the Marvel superhero style took the comic book world by storm. By January 1966, the ultra-camp Pop-Art exaggeration of Batman on TV exploded across America's culturally 'vast wasteland', imbuing art, design, and clothing styles with new Pop sensibilities - along with assorted 'Pows', 'Zaps' and 'Whams'. These were wild times! Super-heroes were in and everyone was jumping on the bandwagon. Charleton, Dell/Gold Key, Tower, ACG, Harvey and others leaped into the super-hero business, hoping to emulate not only DC's prosperity, but especially Marvel's torrid success in the changing marketplace. And then, it was Archie Comic Group's turn…" from the introduction

They're not superheroes, they're ultra-heroes. That's the difference Archie comics put on their superheroes. Written by Jerry Siegel of Superman fame, this series reincarnated several old school heroes - many created by the legendary team of Kirby and Simon - The Shield, the first patriotic themed superhero; The Black Hood, and The Comet, while teaming them up with Fly-Man and Fly-Girl. Fly-Man being another Kirby and Simon creation called The Fly, but his name was changed to be more like that of Spiderman. This book doesn't actually contain any reprints of The Mighty Crusaders comic except for the first issue, but mainly consists of issues 31 - 33 of Fly-Man. This is after all the origin of the team. 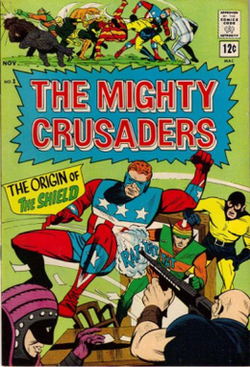 Don't expect too much from these issues. They were written in the 1960s aimed at the thirteen year old market and at a time when the 60s Batman show was at full hypes, meaning comics were all about camp then. This the writing is deliberately over-blown and purple, with much of the dialogue describing what was happening in the panel. Granted this wasn't much different than any other super comic, but it's laid on extra thick here. The comics are very much self-aware of their campiness. While the parallels to the Avengers are obvious, the real test of any super comic is the villains. And they are the campiest bunch you might ever see. We have The Spider, a very similar creation to a character that Siegal wrote in England Alias the Spider; Eterno the Tyrant, the former king of sunken Atlantis, disturbed from a five million year sleep; The Destructor, a weird science villain with a sonic weapon; The Hangman and The Wizard, two golden-age heroes turned villain; and The Brain Emperor a weak character from another planet with psychic powers And who I forgot about the second I turned the final page.

The Mighty Crusaders didn't last long, only about seven issues. Fly-Man didn't last much longer. A victim of market oversaturation and its own camp tone. While the Batman series was a success, it seems most comic collectors wanted their heroes to take themselves and their situations seriously. Camp is only fun short term. 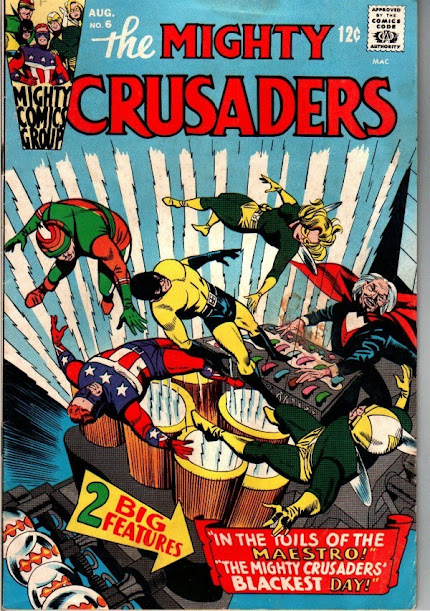