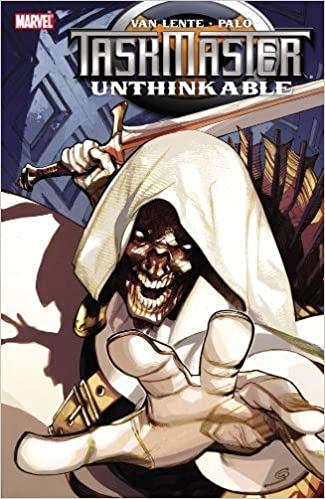 The Taskmaster is a minor character from a forgettable Avengers storyline, who has made good in modern comics - as happens from time to time, think The Punisher. From the beginning he was a different type of supervillain, blessed/cursed with photographic reflexes, which allows him to mimic any fighting style he witnesses at the cost of his long and short-term memory. Instead of a criminal enterprise, the Taskmaster earned his daily bread by training henchmen for terrorist organizations and supervillains. The character has always popped up in strange places.

The story is that for reasons unknown a billion dollar bounty is put on the Taskmaster’s head. To discover who and why, he has to fight hordes of his former students and delves into his own forgotten past. I liked the story here a lot. Centering on the Taskmaster, a man who constantly forgets huge chunks of his past, cannot be easy, but the revelations in this mini-series are fairly big, interesting and make sense within the context of the Marvel Universe. 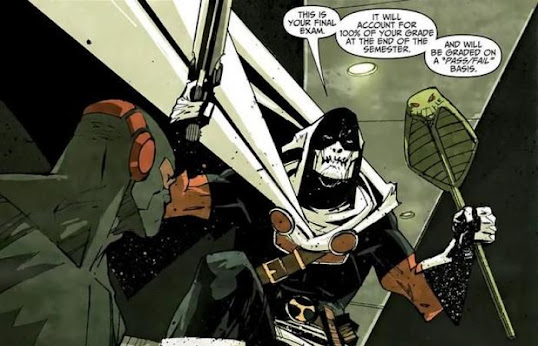 The problem I have with this story is not the excellent art, nor most of the developments, but the ridiculousness of the main villain, Redshirt the Uber Henchmen with his organization Minions International Liberation Front (MILF) who is attempting to destroy the Taskmaster. I don’t mind some over-the-top action in a superhero comic, but this injection of silliness is just off for what ends up a pretty tragic story for the Taskmaster. Not only is this villain pretty stupid, the author feels the need to explain this obvious joke to us, thinking that we must all be morons for reading his material. 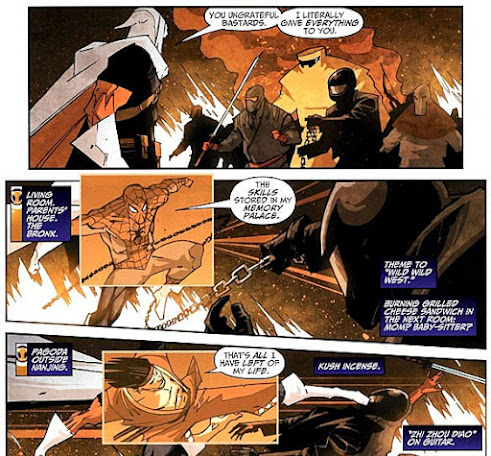