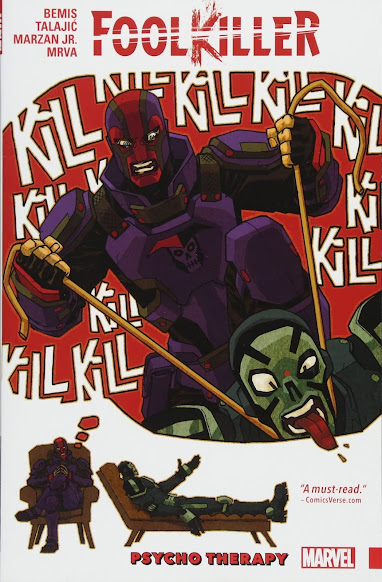 There have been four characters calling themselves the Foolkiller, this deals with the second one, who is now out of a mental institution, gotten a degree in psychoanalysis, and is attempting to cure psychopath supervillains on behalf of what he believes is SHIELD. When he can’t cure them of their foolishness, he kills them. This is the basic plot at the beginning and it stays good for a while, but either the author became bored or sales were down and the story became very meta quickly. It was ground-breaking when Grant Morrison did it back in the ‘80s with Animal Man. Now it’s old hat, especially when you toss Deadpool in there as this comic does. I suppose it was supposed to come across as witty, but instead it seems lazy, as if the writer couldn’t come up with a serious plot, or thought they were better than the material so they decided to half-ass it with ‘witty banter” and now-dated pop culture references. Either way, I’ve read the meta-commentary and its been done before. 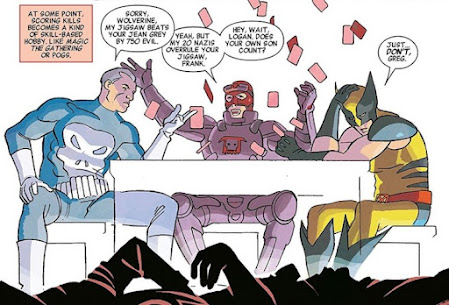 I know this sounds stupidly fanboy, but it really bugged me that the Foolkiller presented here, Greg Salinger is brown haired rather than the blonde he has always been portrayed as - and this brown hair appears in all of his flashbacks, so it's a definite oversight. Maybe it’s stupid, but I have mad love for the Foolkiller limited series from the 1990s - which has never been collected for some weird reason - and it is easily one of the darkest and best comics Marvel has ever produced. So when the third Foolkiller shows up, not written by comic legend Steve Gerber, and a piss-poor job is done in writing this character, I have to tune it out.

As you may have guessed by now, I really didn’t enjoy this comic too much. The art by Dalibor Talajic was excellent however, stylish yet sticking to the Marvel esthetic. It was probably the only thing that kept me reading, as the story got worse and worse. The very end however wsa good and fit in with the character of the second Foolkiller, even if the third Foolkiller was really a different character than I had read before. I really wished he hadn’t been ruined like this. 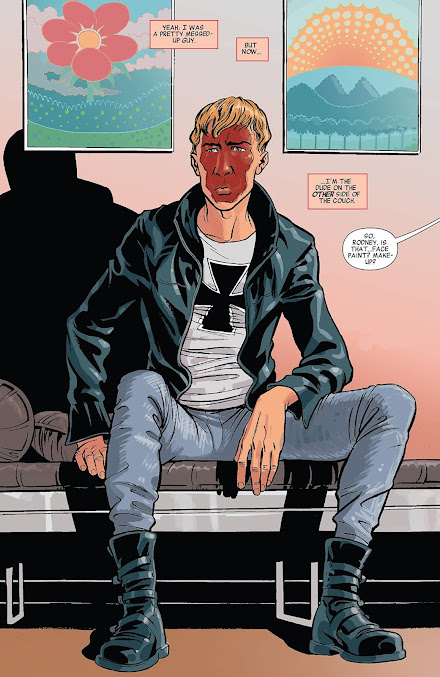