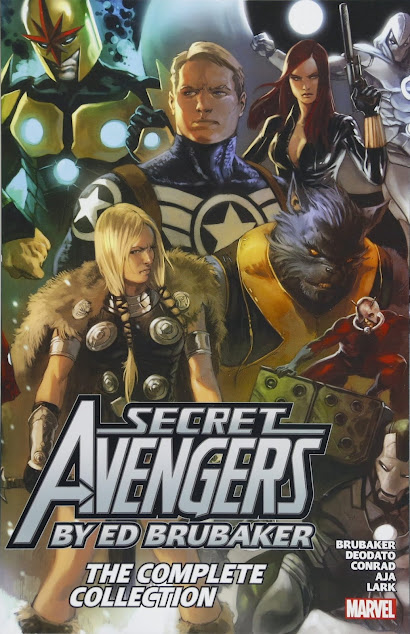 This volume collects the initial twelve issues of the series, the entire Ed Brubaker run. The idea of a covert, deniable team of Avengers was pretty good, but in the end it plays out like a regular Avengers team dealing with cosmic threats. After the first issue the clandestine nature of the group is dropped.

It's a real grab bag of characters: Commander Steve Rogers when he hung up the shield for a while, Moon Night, Black Widow, Valkyrie, Beast, Nova, the irredeemable Ant Man, War Machine, and Shang-Chi, Master of Kung Fu. Many of these shuffle in and out of the stories as was needed per mission. The stories themselves are pretty good. However it all ends on a cliff hanger with a meta-plot that seemed rather boring. Another ultra-secret society with aims of world domination and a mysterious past among immortals. I've read it before.

In the traditional Brubaker Marvel style, he resurrects some ancient near-forgotten characters. He adds John Steel - the original Man of Steel - and John Aman, called here Prince of Orphans, he was originally named Aman the Amazing Man and The Green Mist. Neither character was originally a Marvel hero, or Timely as it was called then. Both are in the public domain and alternate version have popped up in the past, Project Superpowers and so forth. Strangely these two characters get more play than most of the others. 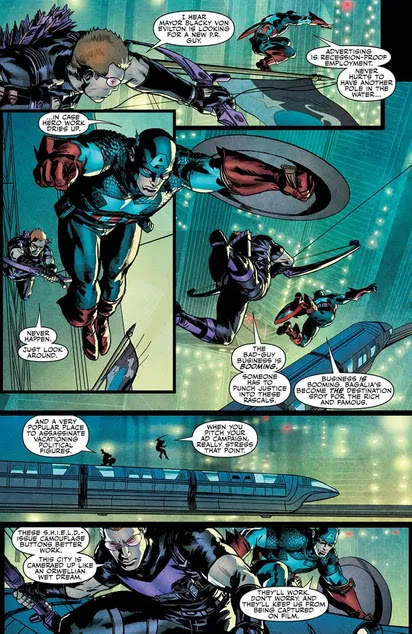