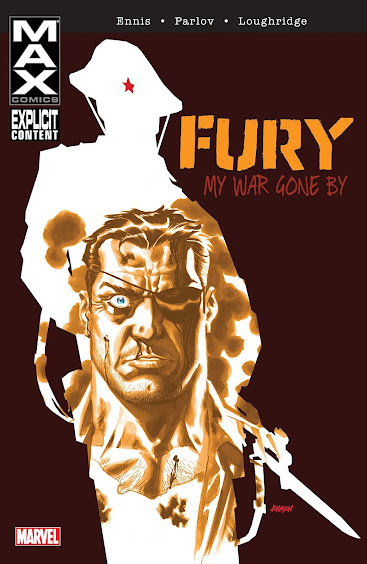 A minor entry into the Marvel Max imprint which was a late response to D.C.’s very successful Vertigo imprint. It was designed for “adults-only readership” which, when translated into plain English, meant it only ramped up the sex, swearing, and violence. Unlike its competitor’s line, most of these imprints took existing Marvel characters and added ultra-violence. While some of them immediately leant itself to this treatment ex: The Punisher. While a few others didn’t work so well - The Rawhide Kid - though I must admit I loved the Howard the Duck series, absolute weirdness at its best. Fury: My War Gone By like The Punisher lends itself to the Max treatment. 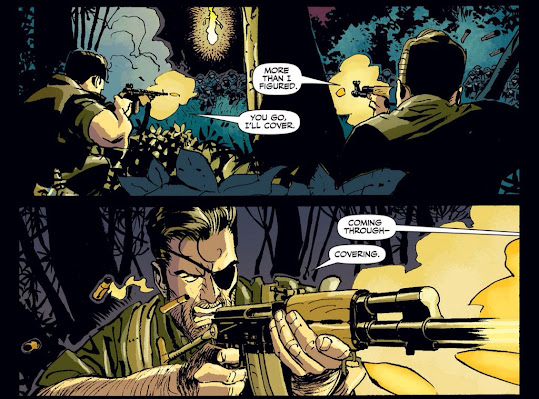 This is the sequel series to the Fury series from 2001. It lasted thirteen issues, the first six of which are contained in this volume. The story is split up into two different three issue arcs. The first arc concerns Fury's time working for the C.I.A., which he did before joining S.H.I.E.L.D.. He is aiding the military in French Indochina and informing a politician named McCuskey. Fury is there to assess the situation and get an understanding of the Communist threat and how America could theoretically impact the situation on behalf of the French. The second arc takes place in Cuba in 1961 when Fury attempted to help assassinate Fidel Castro. The Bay of Pigs and its lack of preparation leading to a half-assed invasion attempt and Kennedy’s ultimate betrayal of those freedom fighters. Fury and crew barely escape Cuba with their lives.

This is not the over-the-top violent ridiculousness of a lot of Ennis’ work, but a straight up sober war story. An old fashioned book even, harkening back to E.C.’s Frontline Combat, Warren’s Publishing Blazing Combat, and even Charlie’s War from Battle Picture Weekly. It doesn’t glamorize combat, nor does it openly condemn violence. It is a neutral observer looking on armed combat as a fact of life for humanity, and amorally accepting that his side needs to win, because they might not be perfect, but the other side is even worse. Grim and well researched, this is worth a serious look. 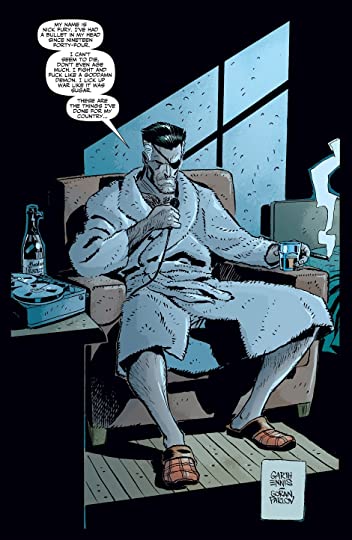