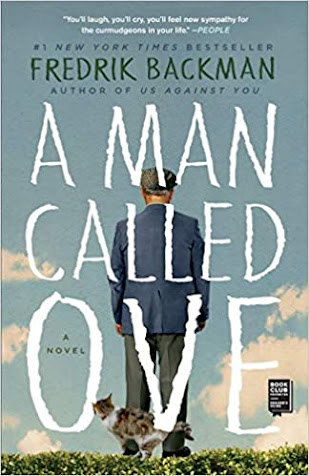 “It was a time of change in the country. People moved and found new jobs and bought televisions, and the newspapers started talking about a ‘middle class’. Ove didn’t quite know what this was, but he was well aware that he was not a part of it. The middle classes moved into new housing developments with straight laws and carefully trimmed laws, and it soon grew clear to Ove that his parental home stood in the way of progress. And if there was anything the middle class was not enamored of, it was whatever stood in the way of progress.”

The tale of a neighborhood and changing times, focusing on that cranky old man down at the end of the street. The one who terrorizes the neighborhood children, screams, “keep off the grass”, and seemingly takes no joy in life except in denouncing others for minor infractions. This is our protagonist - someone which I’m sure nearly every man has run across at least once in their life. This is our protagonist. This is the lens through which we see his world: A once rural, now suburban, area in Norway.

He’s an old man whose values and sense of rigid proportion never stepped in line with the rest of the world, or at least he was unwilling to mute them to fit in with others. As the book opens, he is a man near the end of his life - at least the life he cared about. His wife is dead. They had no children. And all that is left to him is the bitterness from looking at the world outside. He attempts suicide several times, but is always interrupted.

Slowly, little by little from interacting with the new people around him, this curmudgeon begins to discover a new reason for living. If only to confound those people from the social services department. He is the perceived villain become hero. Still, I understand why many of the people who gave it low stars also admit to not finishing the book. He is not a likeable character -at first- and I’m sure spending close to 350 pages with this man, might seem to be more of a chore than joy. Also this is not a concise novel governed by Chekov’s Gun, you gain a full perspective of Ove and his troubles, some useful to the plot, some useful to understanding the character, some simply part of ordinary life.

This is a good read. Easy to get through without much reflection or difficulty. I’m not sure what these people who complained about the book are talking about. If anything it seems a bit dumbed down in its use of vocabulary, but that might be due to the translation. A Man Called Ove is not a difficult read, just a slightly long one - leading to a satisfying conclusion.

Email ThisBlogThis!Share to TwitterShare to FacebookShare to Pinterest
Labels: Humor