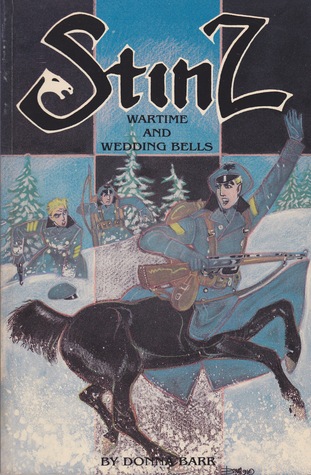 All of Donna Barr’s books are unique, not only in topic but in execution. She has a style all her own in character interaction. Each of her characters has a natural warmth and a caring attitude, which they might be forced to suppress. Eventually that decent attitude comes through, allowing even antagonists to interact without the plot running into stereotypes or clichés. Each story is characteristic of the author, and I think I can honestly say that no one could write this story in exactly the same way as she does.

The protagonist is Steinheld Löwhard, or "Stinz"---a centaur - who lives in an isolated Centaur community in pre-WWI Germany.. The Gieselthal centaurs call themselves halbpferd ("halfhorses") and look down on the nomadic "gypsy centaurs" who come through their valley at intervals. While relations between centaurs and "two-leggers" are usually cordial, there is normally some distance---centaurs see "two-leggers" as weak ad generally avoid them. 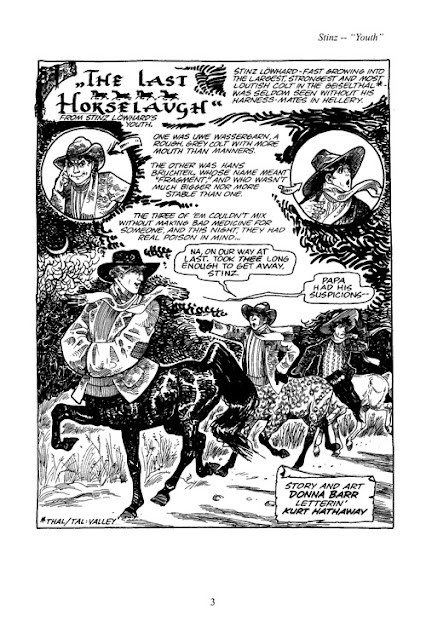 While the whole of the story takes Stinz from his early youth, up to near-death. This particular chapter covers the centaur's draft into the German military. On the eve of his announcing his engagement, the recruiters turn up to take Stinz away. What follows is a fish-out-of-water story in the military and his superiors attempting to figure out how exactly to train him, as most of the physical training for humans are either inefficient or impossible for training a half-horse. 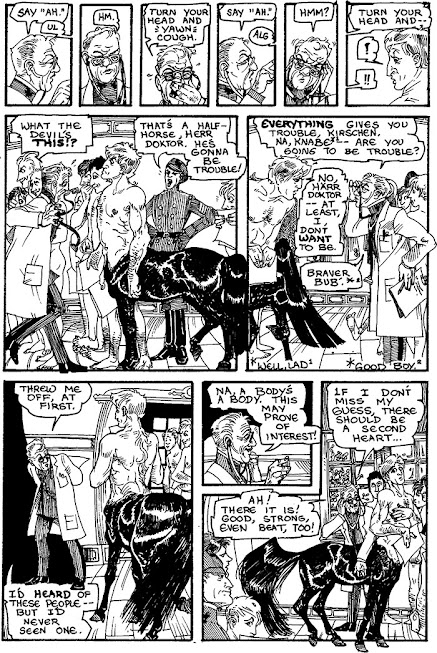