The Age of Darkness (Science Fiction) 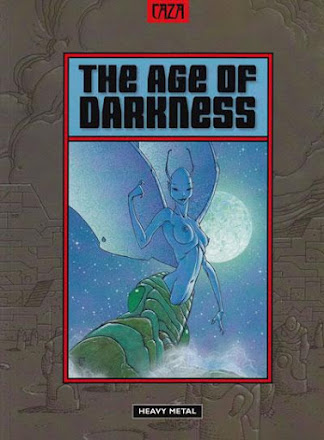 Once again I’ve found a graphic novel for way cheaper than people are selling it for online. The Age of Darkness by Caza, if you wish to buy it - and you should as it is a beautifully told and illustrated book - look on the Heavy Metal website, where you can purchase a new copy for $5.18. When I look on eBay and Amazon these rip-off merchants are trying to sell it for $75 to $125. Forget it. Take the sealed, brand new copy from the original publishers for a more-than-fair price. 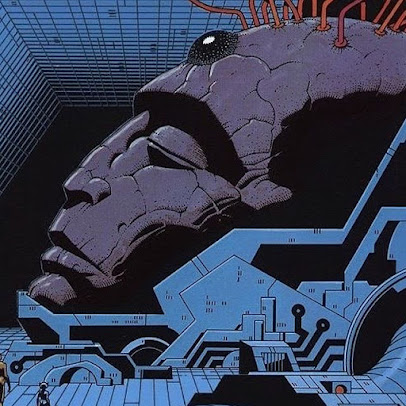 Set in the very far future, in the year 666 of an unknown calendar the cities of ‘oms, a degenerated human race, begin to fail and die out under the changing world. This was the Shadow Age, a time when the planet Earth still rotated on its axis, but more and more slowly. At that time, the 'Oms, the Inhabitants of the Shadows, still lived in their fortified cities. But the ramparts of the Night were closing in on them, terrifying them and swallowing them up. And yet, among the Shadows, dreams gradually rose up in the form of primitive beings that became known as the "Others." Knowing neither pity nor hatred, these creatures had only goal: to reclaim their birthright, the land they had Lost: the Earth.

This story is told through a series of 14 vignettes set in this world mentioned above. Many have been published in Heavy Metal Magazine, and were previously published in the French Metal Hurlant. The artwork is stunning in its detail and use of color, and is ably reproduced in this book. Although each entry rarely is longer than 5 -6 pages, the plots are well-composed and show measures of quirky humor, horror, and pathos. 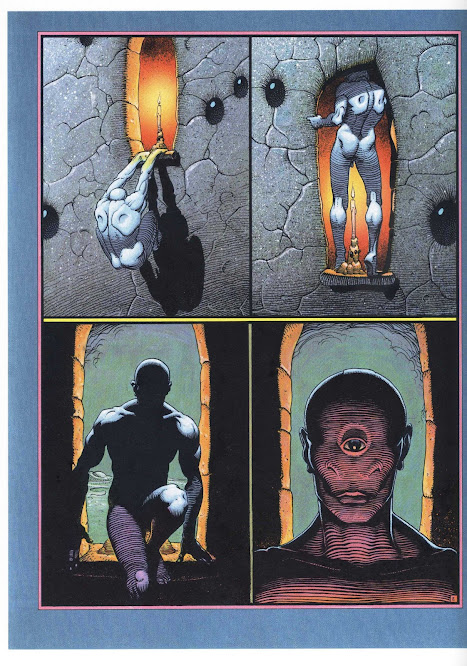