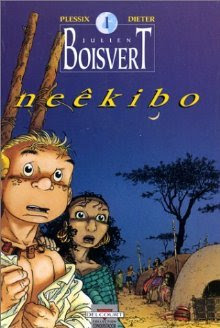 Another great little find from plundering the back issues of Heavy Metal magazine website. Neekibo is labeled as volume one here, and indeed there is a second volume, however the story told in this book is self-contained. You don’t need another to complete the story. This is originally published in French with four volumes in the series. Unfortunately only two have been published in English.

In order to get away from his domineering mother, a young man suffering from arrested development goes to Africa in order to help a tribe move to another location. He quickly becomes married to one of the tribeswomen, gets involved in an international incident, and tries to help everyone get out of a sticky situation. 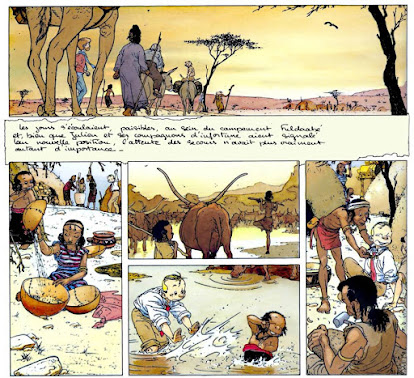 A difficulty with this book is that it tries to tell a much grander tale than the space provides. It needed double the amount of pages to adequately fit in all the characters, the needed pathos, and the plot points. As such, the plot moves at a rapid jerky pace, tossing in characters left and right, with an overarching hurriedness towards a very depressing ending. Too many characters, not enough space, and a love story which might have been poignant had it not been so cramped.

However, the illustrations are excellent with people exaggerated to varying degrees, occupying richly detailed and realistic backgrounds - reminding me of Milt Caniff’s style.  The quality is all the more remarkable for being only his second graphic novel, although he was thirty on publication. 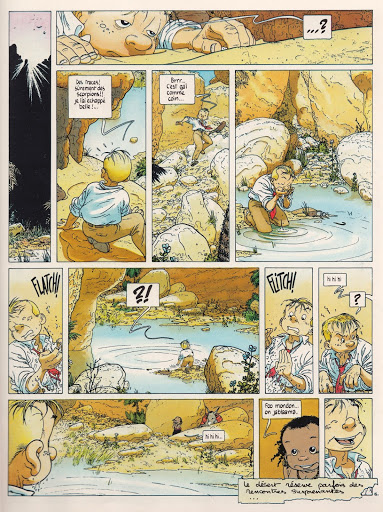