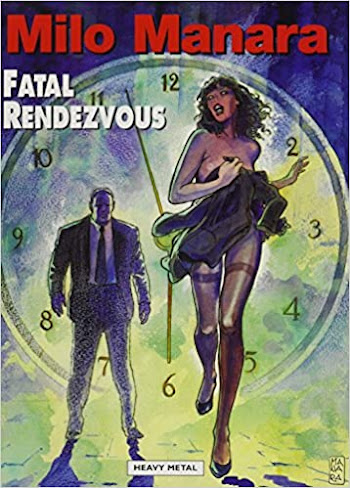 This is the work of Milo Manara, the famous Italian artist. Or should I say infamous, because those in the know, those who have read Heavy Metal magazine for a while will know that when Manara creates a new work, he doesn’t half-ass it on the nudity or sex. His work, I think, would be comparable to the modern day Tijuana Bible - aka comic book pornography - except Manara always wraps a story around it. Whether it’s for good or ill, that’s up to you. When I was younger it turned me on, was my first glimpse of raw sexuality without inhibitions. Nowadays it amuses me more than anything. 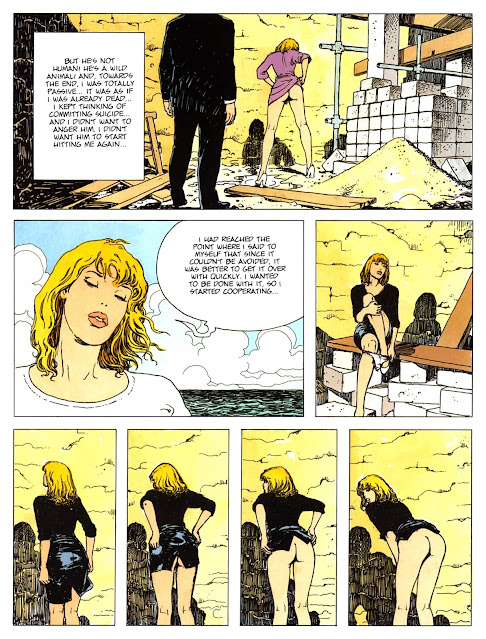 It begins with a young man with political aspirations and his attractive trophy wife leaving a dull party and engaging in some sexual play in his car on the way home. He's soon called to the carpet by a loan shark he's borrowed from, and the thug demands that the young woman deliver something her husband might need to the loan shark's house. The loan shark then decrees that until the young man's debt is paid, that his wife will be anally raped by one of the shark's goons on a daily basis. The rest of the comic is about this happening, and the woman recounting these experiences to the mentor of the young man, an older "senator" who hosts her on his yacht, to which she eventually flees to escape the goon after apparently at least several weeks of daily encounters. There is then the requisite twist at the end of the tale. 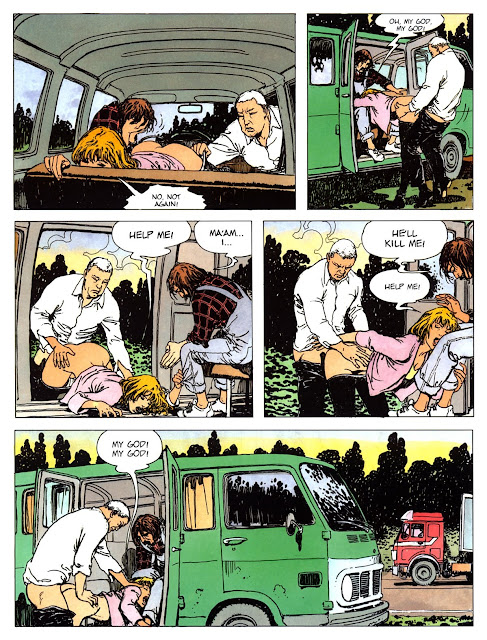