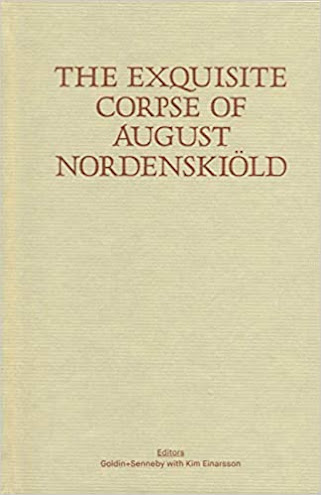 “Nordenskiold was an alchemist. He was obsessed by a self-appointed task: to make gold from inferior metals in quantities so large that gold itself would become worthless, eventually leading to the end of the, ‘tyranny of money.’ putting an end to the evils of his time, He led a double life in pursuit of this task, making him seem like a character from the pages of an Almqvist novel. His challenge was to find the time and resources extensives laboratory resources; monetary worries are a constant theme throughout the story of the attempted eradication of the tyranny of money.”

August Nordenskiold was an 18th century Swedish alchemist obsessed with creating the philosopher's stone, lapis philosophorus, and thus free mankind from the obsession of currency. Thus demonstrating himself to be in possession of two of the greatest clichés in academia, the learned man - for he was that. He could almost be described as a polymath - who is a fool, and the logical journey ruined by a false analogy. If gold saturated the world, all that would be accomplished was that mankind base its currency on something else.

However, strange as it may seem, this book is not about August Nordenskiold, 18th century Sweden, or alchemy.  It is a series of essays, each one commenting and morphing a belief system from the essay previous to it. Thus we go from the biography of an Enlightenment era alchemist; to the “alchemic” properties inherent in modern finance; to the inherent flaws in modern which insists on waiting for the apocalypse; to aspects of sleight-of-hand illusionary magic, to a postmodern retake of Edward Kelley the appointed medium to Dr. Dee of Elizabethan fame; to a review of William Burroughs’s 1981 novel Cities of the Red Night where the character of Kelley is reborn among a group of time traveling pirates attempting to create an equal utopia under the guidelines of Captain James Mission - similar to what Nordenskiold tried to achieve in Sierra Leone; to a feminist review of the previous review with all the standard whining about inclusion while ignoring what the actual text states. This is followed by several pages of interesting poetry.

The layout of the book is odd. Every other page is blank, except when a new essay begins. Thus one train of thought melds into the other, where the next essay is presented on the opposite page from the one it's commenting on. Thus one train of thought, one system of belief, morphing into another like lead into gold. The overall flow is fascinating and a very different look at the anthology. All of the essays, except the final one, had something interesting to say and ponder. Well worth a look.