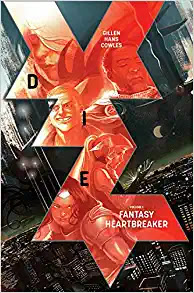 In the 1980s there was a cartoon called Dungeons & Dragons where a group of kids from our dimension were sucked via a magic carnival ride (damn carnies) into a fantasy world  where they are assigned classes (thief, barbarian, cavalier) to fight the orc forces of Venger and occasionally Tiamat would show up to scare the Hell out of everyone. It lasted three seasons and left off with the characters still stuck in their otherworld. In 1985 Arrow comics (soon to become Caliber) created a series called The Realm and later Legendlore, where four ordinary teenagers were sucked into a fantasy realm and forced to fight their way back to their homeworld. They never made it out. 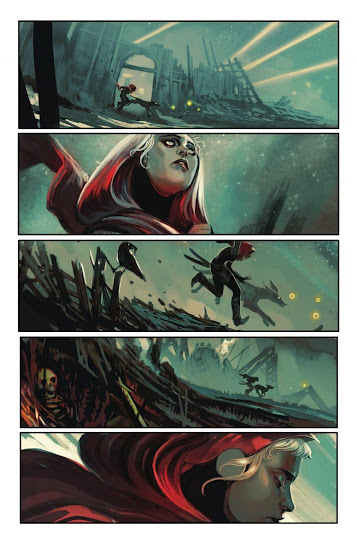 I’m sure you can see where this is going. In Die, six ordinary English teenagers are sucked into a fantasy realm blah, blah, blah. But then the action jumps two years. Only five of them have returned. Jump ahead again twenty five years, the five find themselves forced to return to the land, called die, where their former friend is now the Grandmaster and runs - sort of- the world. While the others have matured, he still wants to play. Thus they are forced into a strange world, fun to children, nightmarish to adults, where they must battle their way out of. 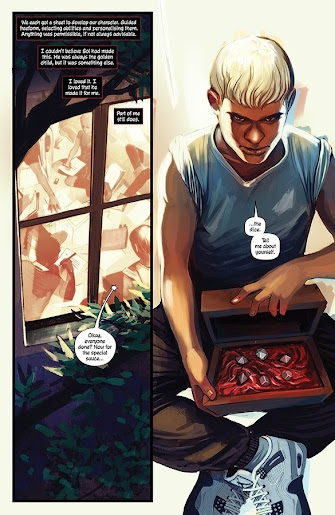 The world here is deep and actually shaped like a 20 sided die. Obviously the author has gone into a lot of detail in creating the characters and this world. From the notes included in the graphic novel, he even created a role playing game surrounding it.The heroes’ journey isn’t all just sword and sorcery though, it also has a deeply personal element stretching through it. Their trip though this world of fantasy brings back many shameful and troubling elements from the group’s past, developing a theme that addresses nostalgia and the trials of growing up. Added to this the art sets the mood perfectly. It is an absolutely gorgeous and just looking at the book was worth the price I paid for the volume. 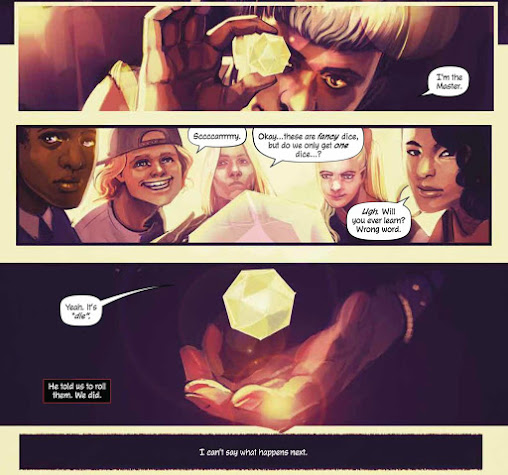