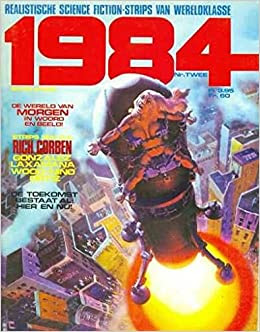 Here we are, second issue of the magazine dubbed 1984, which ran with the tagline “Explosive Illustrated Adult Fantasy”. Which was Warren Publishing’s attempt to cash in on the success of Heavy Metal magazine - just like The Goblin was Warren’s attempt to grab some of the superhero boom from the 1980s. . And to some extent, it was a success. While it only lasted 29 issues, the reason for its cancelation was Warren Publishing’s bankruptcy.

In my opinion, the material here doesn’t come close to that in Heavy Metal or even Epic Illustrated magazine. For one Heavy Metal published a lot of material from many authors in many styles, often European material which had a proven track record of success. To cut costs, most of the material here was written by Bill DuBay. A talented man, make no mistake, but still one who has a specific style, so many of the stories have a similar cadence. Along with this, the magazine reuses many of the same artists from Creepy, Eerie, and Vamperella. So you are most likely going to see the same art styles from issue to issue, unlike Heavy Metal whose style varied wildly from story to story and issue to issue. Finally, what put 1984 behind was its adherence to black and white illustrations - the made the exception with Richard Corben’s recurring Mutant World stories, but that’s it. All other illustrated magazines went full color. There were a few stories that were exceptions, but that’s all they were - exceptions, not the rule. 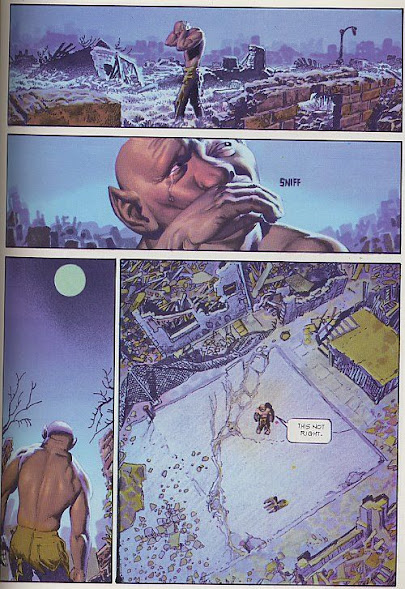 I’m convinced that at least the first two stories (and possibly the seventh one as well, “Messiah”) were made from leftover art for a completely different tale, that DuBay repurposed. Often the art in “Last of the Red Hot Lovers” and “Scourge” were showing something completely unrelated to the text near them. He always made sure they connected up at the end, but my suspicions are strong on this. The frist details the sexual war between two different groups of mutated men, as they fight over the last of the women. One side had massively oversized genetailia (not shown) and the other causes the women to explode when they have sex. “Scourge” discusses the scourge of women in the universe. As it turns out, humans are the only race with two sexes. All the rest are made up of uni-sex races whio instantly want to capture and conquer as many human women as possible, which leads to glagatic war and the destruction of all civilizations in the Milky Way.

Third is “The Kit” when euthanasia becomes legal, suicide kits are all the rage -until their used for murder. This one goes on too long, when it’s obvious where the story is headed. “The Janitor” contains no text, but shows the sexual exploits of a janitor at a catholic boarding school with a sci-fi twist. The highlight of this issue was Richard Corben’s “Mutant World”, just as it was in Issue 1 out protagonist Dimento now has to deal with the concept of religion and sin in his post-apocalyptic world.  It finished up with “Maneaters” about a space ship captain who survived a doomed expedition through cannibalism and is vilified by all polite society in many worlds for it.  Finally we have “The Microbe Patrol” which is like Fantastic Voyage meets The Happy Hooker. You can figure that one out on your own. 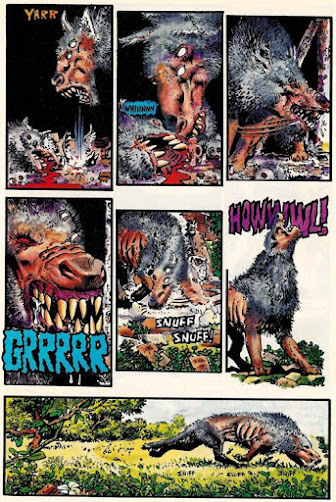