“He was one of those people in the subterranean valley who somehow managed to grow and give something to a world that had no thought of him. Under the make up of a clown his somber expression left him. He pushed his magnificent yellow body around the ring in a tawdry fool’s-parade. He did not walk, he shambled. Over his yellow face was the white paint of the clown. He was, in the language of the circus, a whiteface.”

Originally published in 1927, this is an autobiographical romp of the nearly forgotten writer Jim Tully who growing tired of being a hobo, joined a traveling circus, meeting many interesting characters here. Tully is considered the co-father, along with Dashiell Hammet, of hard boiled literature. He writes with a blunt, brutal style, occasionally mixing in similes to offset the amoral attitude of the author and his companions.

The author quickly rips away any glamour to the occupation which myth or romanticism might have draped circus life with. In fact those who did join with romantic ideas in their heads, were used for quick labor, then robbed and red-lighted - thrown from a moving train car in-between cities. Only the hardnosed, hard hitting crooks who hated everyone ever lasted in the circus. It was a profession for the born loser, the malcontent, the innate drifter, and the simple-headed. Not the young boy with stars in his eyes.

Like his previous books, Shanty Irish and Beggars for Life, the book is presented as a series of vignettes, focusing one circus character or aspect about life in the big top. As it is not presented chronologically, it seems that Tully spent much longer in the circus, rather than actually six months. We are given glimpses of interesting characters like the Moss Haired Girl, who died to hair to look like mossy tree bark and pretended to be feral; Lila the Strong Woman, who read too many romance novels and ended up having her heart broken; and John Quincey Adams the black clown who worked in whiteface who, after finding his true calling, comes to a terrible end.

Tully was criticized for the obvious embellishments he made during some of the stories here. Several circus men pointed out his lack of usage of slang idioms common in circus life. The author did write it later in life, and there probably weren’t too many reference books he could consult on the topic, so I believe that accounts for any factual errors. But overall it is a telling and often brutal look behind the tarp of circus life. A world which literally is part of a bygone era - now that Ringling Brothers Barnum and Bailey Circus has folded its big top for the last time. 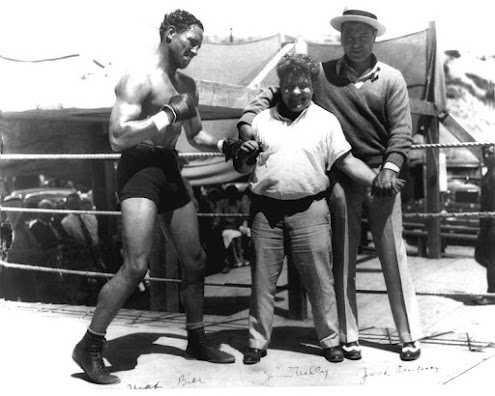 Email ThisBlogThis!Share to TwitterShare to FacebookShare to Pinterest
Labels: Autobiography